Daily Cash App by Steven Jenkins is a Scam – Unfortunate But True..

Stephen Jenkins claims that his Daily Cash App software can make you an average of $2685 a day, starting today… But of course you can always trust what you hear on the Internet.

Is this all one big scam?

Heck yes it is… And in this short review I’ll be proving it to you.

This system is nothing more than another nasty scam that you are going to make absolutely no money with, but will actually end up with less money than when you started. Imagine that… Trying to make money online but doing the exact opposite… Spending money and not making a dime.

Well, fortunately for you, you came across my review in time and now know to avoid this place. But anyways… Let’s get into the review…

The app was created by a guy named Steven Jenkins, who claims that he averages this amount of money with the app every single day, on complete autopilot.

And what is really crazy is that this whole system is something that only .003% of the world knows about, which means that you are very lucky to have stumbled across it… Or at least that is what he tells you.

But all that stuff about you being “lucky” is a bunch of crap. One thing he says is that the video presentation is highly sensitive and that the only reason you are able to watch it is because someone invited you. This is a easily proven lie because anyone can go to the website themselves to watch the video, which is actually what I did to test it out.

Now some good proof that it’s a scam…

If you watched most of the video presentation then you probably remember seeing the testimonial videos from people claiming to be using this software and making all kinds of money. 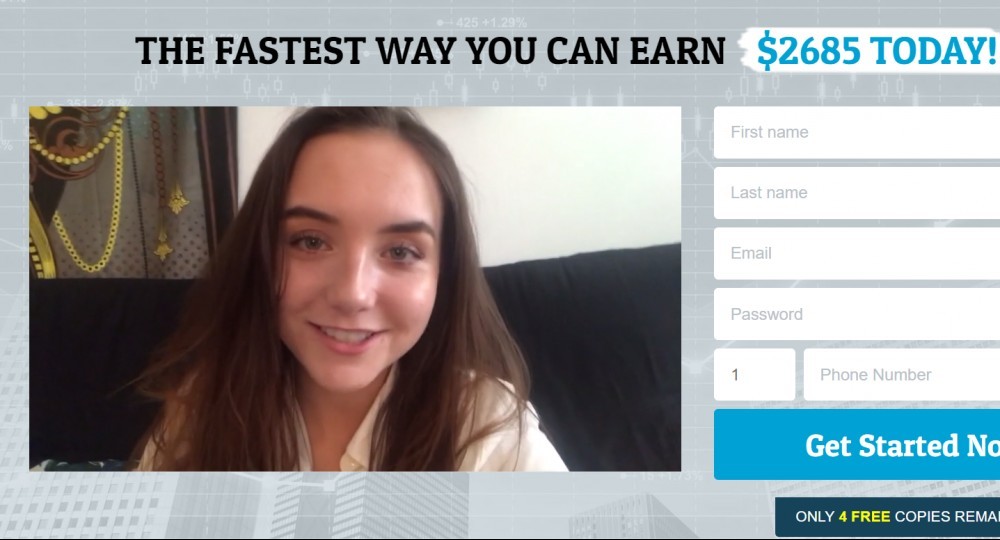 She claims to be making so much money that it has completely changed her life.

And what about this guy pictured below?… He claims that it is so easy to make money with this and the money just flows in on complete autopilot… 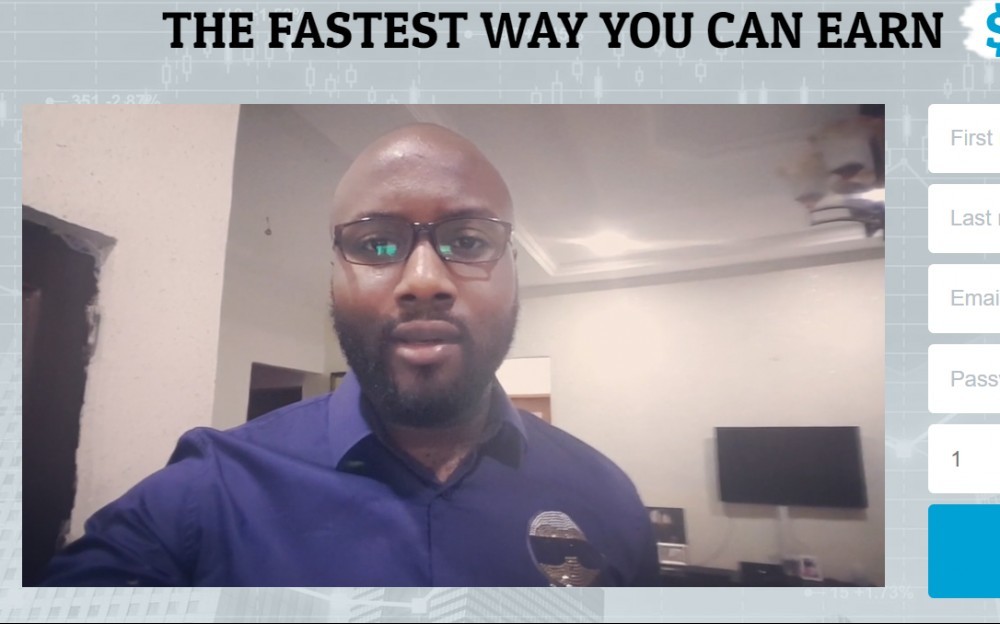 And there were other testimonial videos as well, but they don’t matter… Because they are all FAKE.

Yes that’s right, these testimonials are nothing more than a bunch of lies. The girl is actually a paid actress and the guy a paid actor that are available for hire on Fiverr.com, as you can see below…

I actually picked up on these videos being fake as soon as I saw them because I have seen both of these people before promoting other scammy products online.

Who Is This Steven Jenkins Guy?

You obviously can’t trust much of the information in the video presentation, so let’s talk about this Steven Jenkins guy and if any of what is said about him is actually true…

He claims to be a 43-year-old computer programmer that runs a software development company.

The story goes like this… He was approached by some millionaire to develop some secret software that could automate the process of buying and selling advertising spaces on some “secret exchange”. He did this and the software ended up being a huge success, being able to easily make people thousands of dollars per day.

Well one thing is for sure… The photo shown for “Steven Jenkins” on the website is completely fake. You can see below that the photo was actually a stock photo that I was able to find online by doing a reverse Google image search…

So if the photo of this guy is fake, then what about his story? Is the whole thing about him being approached by some millionaire to develop some software all made up?

Based on what I see here, and judging by the fact that he has already lied several times before this, I am going to go with my better judgment and say that this is probably a complete lie.

The Smell of a Scam

it sure would be awesome if there really was some sort of software out there like this that could make you thousands of dollars per day on complete autopilot, allow you to quit your job, travel the world, even to do pretty much anything you want to… But unfortunately these sorts of systems are scams.

Or at least I have never come across one that hasn’t been a scam.

Just about everything I see with this place smells like a scam. Fake testimonials, fake pictures of the creator, probably a completely fake background story, and just about no real information given on how this all works.

You are told that this software supposedly automates the process of buying and selling ad space, but for who? And how? And where is it selling this ad space? Who are the advertisers that this exchange is working with?

We know absolutely nothing about anything here and you pretty much just have to trust what the guy is telling you… Even though we have already proven him to be a liar.

Other similar scams out there..

To make matters even worse, I have already exposed similar scams. And when I say “similar scams”, I mean it.

There are many other scams out there that supposedly make you money by what is often referred to as “flipping ads”, which is basically what “Steven Jenkins” claims his software does… It buys and sells ad space.

For some reason this is one of the new transfer online scams, claiming that you can make all sorts of money by buying and selling ads on complete autopilot.

But it’s all a lie, just as it was for the similar scams Clicks Dealer, Daily Banner Profits, and The Ad Formula.

Obviously this system is something that I am going to be recommending that you avoid. While I have not actually tested it out for myself, based on my experience making money online as well as my experience researching scams, I pretty much guarantee you that this is a massive scam.

Making money online is never this easy. In the future, if you ever come across something where you can make thousands of dollars on complete autopilot, avoid it.

And if you are looking for a personal recommendation of mine, I would suggest taking a look at how I make a living working online.

Questions or comments? Leave them below and I’ll get back to you as soon as I can 🙂