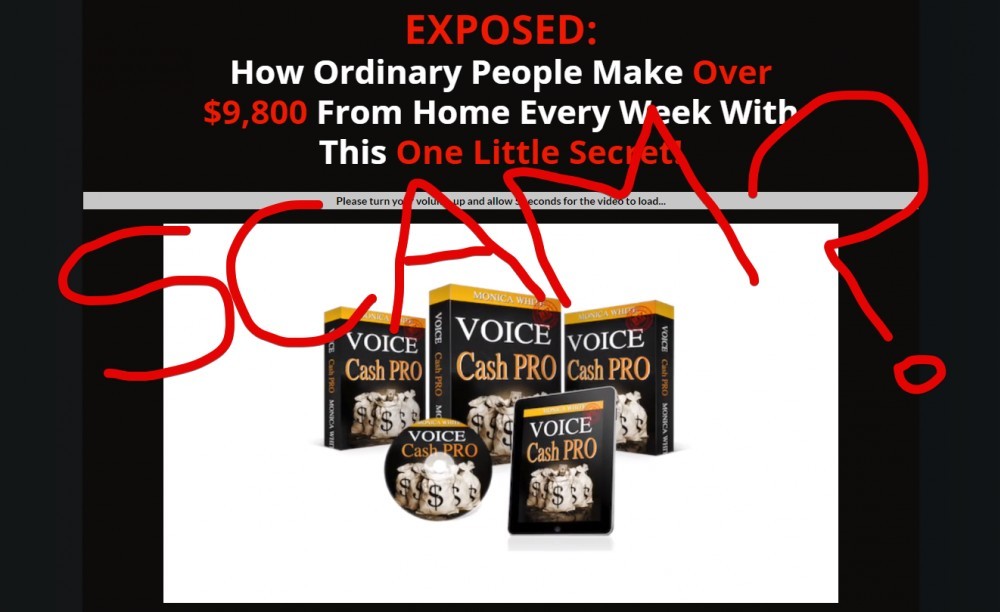 Monica White’s Voice Cash Pro system is claimed to be an incredible new way to make money online, one where you can make over $1000 a day and up to $9800 a week. Well… At least that is what she tells you, but is it true? Is this finally the work at home opportunity that you have been waiting for or is Voice Cash Pro another crappy scam that is just going to be a waste of your time and money?

While you can make money with this opportunity, the unfortunate side is that this is nowhere near as good as it seems to be, which is the reason I decided to take the time to write this review and expose it for what it really is.

Voice Cash Pro it is NOT the walk in the park she tells you it is. She claims that it is some “new, easy” way that makes generating cash “much simpler” but this simply isn’t true.

In this review I’ll be going over what you need to know before-hand because they sales pitch is incredibly misleading.

The person behind this product is supposedly named “Monica White”. She claims to have been living the dream until her husband got laid off of work and then cheated on her. When things were at rock bottom, she all of a sudden bumped into an old friend at the supermarket that shared with her some 3 step system and a few “secret websites” she was using to make money.

Voice Cash Pro is all about doing voiceovers as a freelancer and getting paid to do so. You are led to believe that it is basically some sort of “system”, when in reality it is not at all. And this is just a small part of the misleading information given out.

The video presentation that I watched was filled with lies and deceit, and I’ll show you some of what I mean.

Toward the beginning of the promotional video that I watched, she showed pictures of different people who had supposedly made a ton of money with this system. Tiffany, pictured below, is one of these people that is said to be making a killing. A former accountant, she is now making over $1000 a day…

And then there is this guy, Matt Haskins, she said has made over 150,000 in just six months… 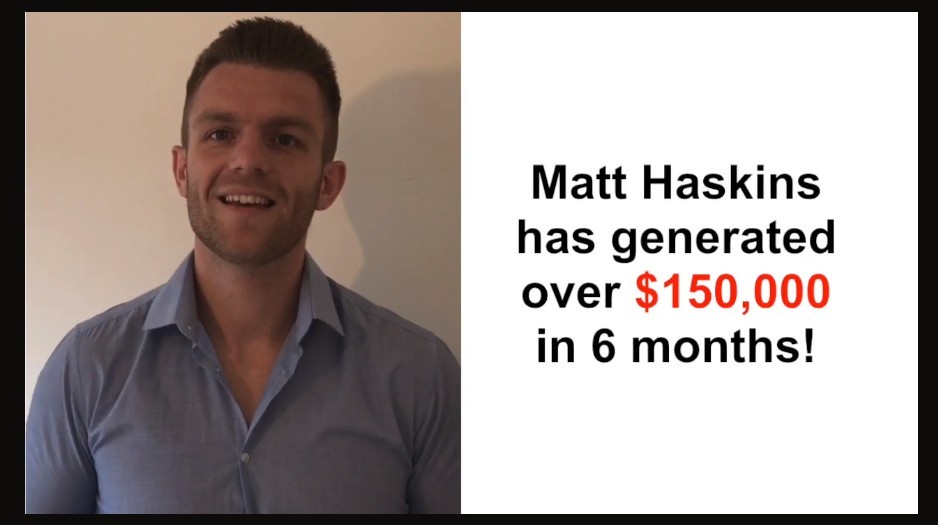 Why am I going over the stuff? Why is it important? Well… I’m going over it because these are actually COMPLETE LIES. These people have not been using this system to make money and their stories are fake as can be. Instead, these people actually paid actors/actresses that create fake testimonial/spokesperson videos all the time. 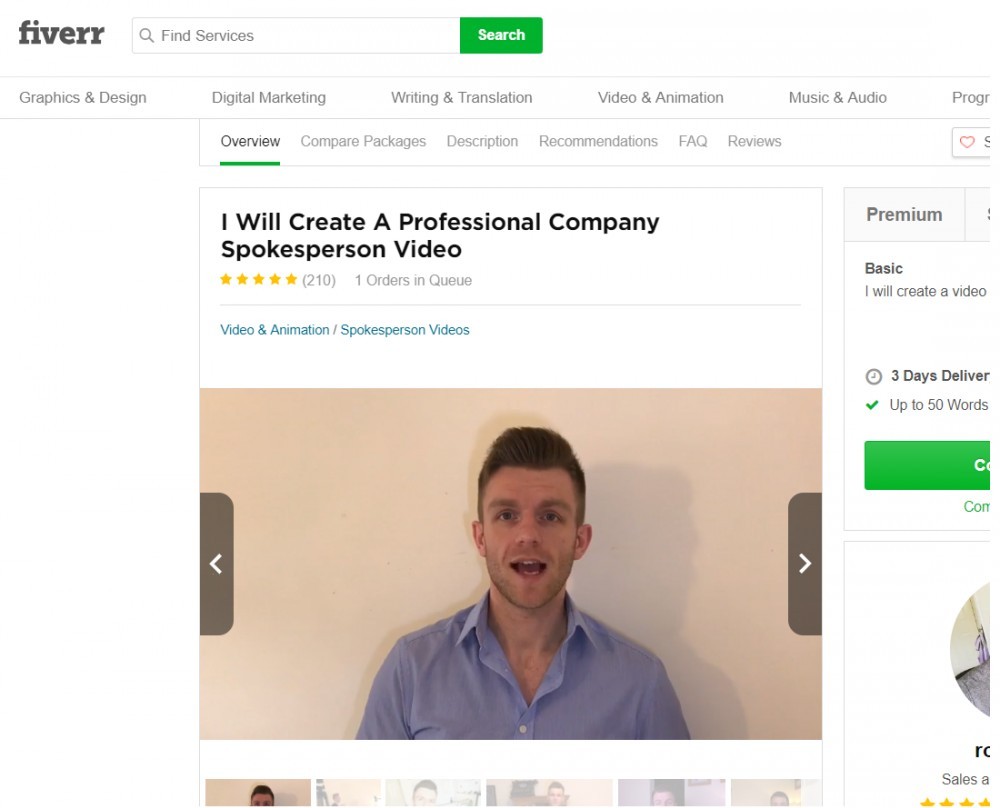 I wasn’t able to find the woman’s picture, but I am familiar with her and have seen pictures/videos of her in numerous other online scams that I’ve exposed in the past, like Secret Society of Millionaires and Kindle Sniper. Hiring fake actors/actresses like this is very common with online scams.

But anyways… Back to how you supposedly make money with this system, which is by doing voiceovers:

Monica claims that after she started she soon started receiving all sorts of requests and even got one request by an education company reaching out to her to cover some audiobook, which she claims it only took her an hour to complete and she made $450 from it. This is a very far-fetched story and far from realistic, as I will go over in a bit.

Likely the entire background story about this “Monica” character is completely made up. I am hesitant to believe that she even exists because I have seen so many online scams in the past being promoted under fabricated fictitious characters… And of course there is no information given about her that is verifiable in any way.

How You Make Money With This

As you know, it is all about doing voiceovers, which is actually a legitimate way to make money online.

This it is true. There is definitely a market out there for people doing voiceovers. However, the question isn’t whether or not there is money to be made, it is whether or not this “system” is as good as it says it is and whether or not you will actually make money with it.

And the short answer is NO…

Of course you have to buy into Voice Cash Pro before you find out what you are actually getting yourself into, which is actually pretty common sign of a scam.

You are led to believe that this is some sort of “plug and play” type system. Basically she makes it sound like some super easy automated way to make money online, when the reality is much different.

What you are provided with is training on how you can make money as a freelancer doing voiceovers.

It really couldn’t, but she really doesn’t tell you anything. The steps are incredibly vague and provide no detail on what you will really be doing. Yet another common sign of a scam.

Why This Is NOT Going To Work As Expected

I’ll be straightforward with you here and let you know that, no, I haven’t actually purchased this system. However, I can pretty much guarantee you that it is not going to work out as expected.

Now I don’t have any experience specifically in the world of freelance voiceovers, but I do have a lot of knowledge with freelance work in general and it is not something that is super easy. This is NOT some new method for making money online and you will find competition. It is not like she claims it is, where she just started getting offers like crazy as soon as she started.

And I can pretty much guarantee you that the story about her getting some high-paying project right away from an education company is complete BS. In freelancing it takes a while to build up a reputation and get good clients like that. You can’t just start out and all of a sudden start getting projects requested left and right… It doesn’t work like that and if you think it does, you are in for a rude awakening.

#2 – I’m don’t have high hopes for the training

Another reason why this is more than likely not going to work as expected is because the training is likely poor. What I say this? How would I know even though I haven’t purchased this for myself?

Well… I have reviewed tons of scams over the years and this is just what I have come to expect when I see systems like this that provides no real information on what they really are.

She doesn’t, and usually the reason for lack of information given like this is because what you are getting is going to be very poor quality and she knows if she were to show you what you probably will not buy in.

It’s All a Lie

If you are interested in getting into the freelance world of the doing voiceovers, and I highly suggest you do more research on this. Hit up Google and find all the information you can.

If you do this you will soon realize that what I am saying here is true, that what you are told about Voice Cash Pro is a bunch of BS.

Unfortunately it seems that incredibly deceptive advertising like this is becoming more commonplace in the online marketing world. People are more willing to lie to you and mislead you when they are sitting behind a computer and do not have to see you face-to-face.

Obviously I’m not going to be recommending this system to anyone. If anything, you should help me expose this scam for what it is by sharing my post here and spreading the word.

And unfortunately I don’t have any sort of other training or system that can I recommend when it comes to doing voiceovers. But this isn’t a big deal because this probably isn’t the best path for most people to take anyways. The potential success you could have in the voiceover business will vary greatly. Just think about it… If you have a voice like Morgan Freeman you might get lots of offers and fair pretty well in the industry, but if not… It is an entirely different story.

Questions or comments? Please leave them down below and I’ll get back to you as soon as I can 🙂