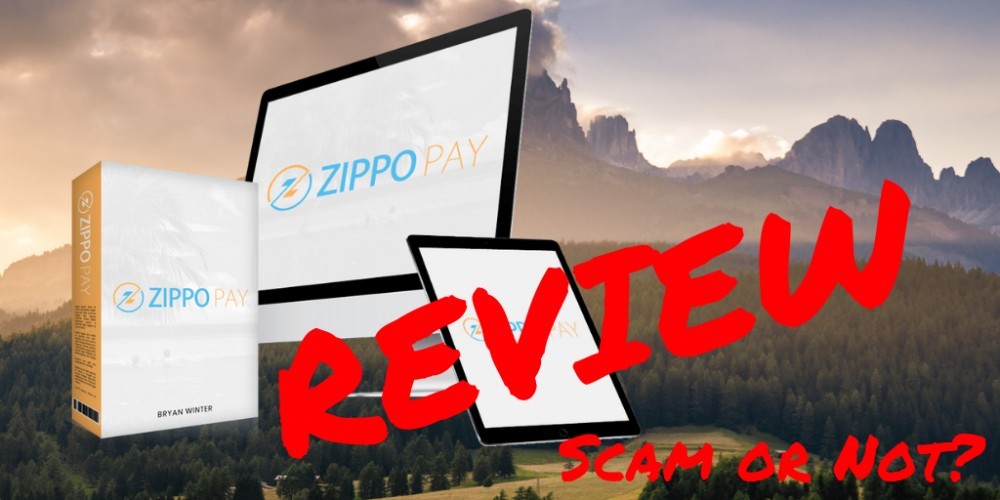 Zippo Pay is supposedly some “magic button” created by Bryan Winters that can start making you a ton of money… Or at least that is what he claims. But is it really all that it is said to be? Or is it possible that Zippo Pay is a scam you should be avoiding?

Whenever something seems a little bit too good to be true, such as this “patent pending software” dies, it is always good to do a little bit of extra research and digging around before getting involved. When I first came across this new system I was thinking it was going to be a scam for sure.

However, things aren’t always as they seem and there are some things actually like about Zippo Pay. That said, is not nearly the amazing moneymaker that it is made out to be a. While I do think that some people will be able to make money with this, I’m not going to be personally recommending it and you will see why.

You probably got an email about some new software that siphons money into your PayPal account on autopilot, or something along these lines. And maybe you even watched the video presentation that I did, which reminds me of over-hyped scammy products I’ve reviewed in the past such as Viral Traffic Machine & Income League, and refers to this as a “magic” Zippo Pay button..

This software is the creation of Bryan Winters. He acts as if it is some groundbreaking new invention that is going to make everyone rich, but there really isn’t all that much to it.

Some of the claims made include that it works in any online niche, runs autonomously, gets people to generate traffic for you, you get to keep 100% of your sales with it, and that all you have to be able to do is copy and paste to make this work.

But before I get into what exactly this button is and how exactly it works, let’s first take a look at who this Bryan guy is…

Who Is This Bryan Winters Guy? 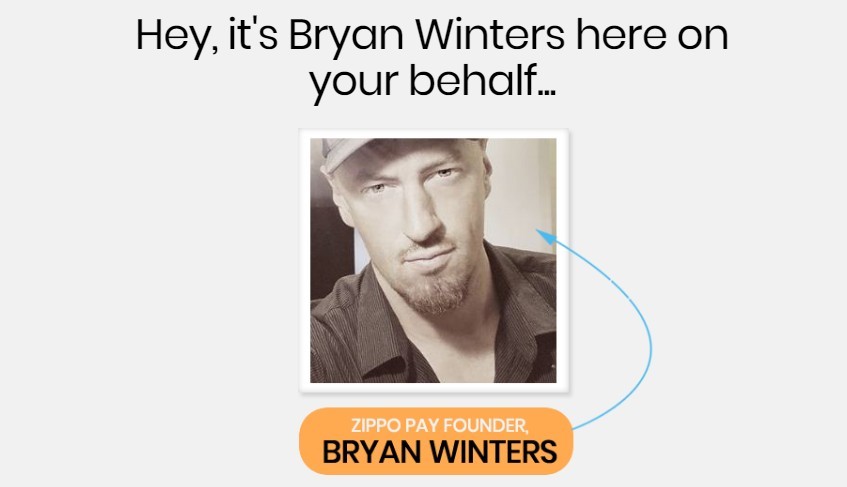 Let me start off by saying that I doubt the picture shown of him is even real. Why? Well… Because this guy has come out with dozens of online marketing products over the years and uses the same darn picture in every single promotion. It just seems a bit strange that you can’t find any other pictures of him and although I definitely have no proof that it is fake, I have my suspicions.

But anyways… In the video presentation he comes off as a very nice guy. He claims that he wants nothing more than to help others and gets no better joy than to see other people succeed financially through his systems.

However, on the flipside, there was another side to him that I see… That of your typical online marketer who loves to brag and boast about all the money they are making in seem to be more focused on making money for themselves than helping others.

One thing that really caught my attention while looking into the sky it was that he has come out with the time the products/programs over the years. Some of these include…

The fact that there are so many programs put out there by him makes you question how good these programs actually are? Because it kind of seems to me that he is just pumping out new programs at a fast pace to try to make as much money as possible, and then later abandons them for the most part.

Something else I noticed about all of these programs is that they seem to have a focus on making Brian more money… As in getting people to go out and promote the programs for him.

But anyways, I think it’s always important to look into the person behind program/products/systems before you get involved with them. All in all, I don’t really like what I see here.

But is it different with Zippo Pay? Let’s find out…

What Exactly Is Zippo Pay?

But what the heck does that mean?

He says that all you have to do is paste the Zippo Pay button on to any product page to get it to work… To get free traffic generation from existing traffic.

In a nutshell, what it does is gets visitors to drive traffic to your offer for you… However, these are not affiliates that you have to pay.

The Zippo Pay button is a second option that people get that check out. They are given the option to either check out via PayPal and pay money as normal for the product being sold, or they can get it free with Zippo Pay…

And what happens if they click the Zippo Pay is they get the ability to get the products by simply sharing it with three other people. So instead of actually paying money to get access to the product, they “pay by lead” as Bryan says.

In the online marketing world everyone knows that leads are worth money… So they are actually paying you, although indirectly.

In the example that Bryan shows in the video presentation, he acts as if he is a customer interested in purchasing his one “make money online” program called Dumb Little Cash Makers. And when you click the “magic” button can see that all you have to do is enter your email and refer three other people…

But it is important to note that these are not affiliates. It works in a similar way to having affiliates promote your products, but you do not have to pay these people because the incentive for them to promote your product is to get access to the product they were looking into in the first place.

Will This Really Work… Realistically?

Sounds pretty awesome, but will this really work… Realistically? What if everyone just starts using the Zippo Pay button… Then what? If that were to happen then you would just be getting a bunch of leads but no one would actually be buying the product which would mean that you wouldn’t be making any money.

Well… According to Bryan Winters, about 50% of the people that are referred are going to check out via PayPal. So some of the people will be sharing your product and helping drive traffic to it while others will be actually buying it and making you money… According to him.

The major problem here is that this simply isn’t going to work well for a lot of offers. He acts as if you can promote any sort of product/program and this is going to be a sure fire way to generate tons of viral traffic and make tons of money. However, it just isn’t going to work like that.

Think about it for second… Sure… If it is a “make money online” product then it might be easy to find people to click on Zippo Pay and refer others to it for you, because everyone wants to make extra money. And it might also work good if you are selling some weight loss product, because the people interested in it might have friends that they could refer it were also interested in losing weight. But what if it was some sort of supplement for a STD, or some boring product, or something along these lines… Then I don’t think it would be very effective.

It Is NOT As Simple As Copying and Pasting!

Something else worth pointing out is that, even if this button does work as intended, it is not good to be as easy as he tells you. It is not going to be as simple as just copying and pasting.

The whole goal here is to get some people to actually check out via PayPal into get others to refer friends to your offer. HOWEVER… You’re going to need initial traffic in the first place. Your first going to have to drive traffic to your offer before hand. And anyone who has been involved in online marketing for any period of time knows that traffic generation is much easier said than done.

While I definitely would not call Zippo Pay a scam, I do think that it is definitely another over-hyped products put out by Bryan Winters that, sounds awesome, but is not going to work out as amazingly as he tells you. I just can’t see it working out very well for a lot of products out there that aren’t very “shareable” and therefore aren’t going to have the viral effect that others might.

So no, I will be recommending Zippo Pay. Although I do think it is a unique new method of getting free traffic, which I at least don’t think anyone has came out with yet, and I do think that it could be effective for some products, I also think that it is very overhyped and will not work out well for many.

Another thing about this product is that it is being promoted as a way to make money… Even if you don’t have your own product. Basically what is going on here is Bryan is trying to get people to use his system to promote his products, which he gives you access to in the members area. I’m talking about products like Dumb Little Money Makers as is shown above.

If you are a beginner or at an intermediate level and are looking to make money online, I would recommend taking a look at how I went from $0 to over $6,000 a month online.

But anyways… I hope you enjoyed my review and found it helpful. If you have any comments or questions, please leave them down below and I’ll get back to you as soon as I can 🙂