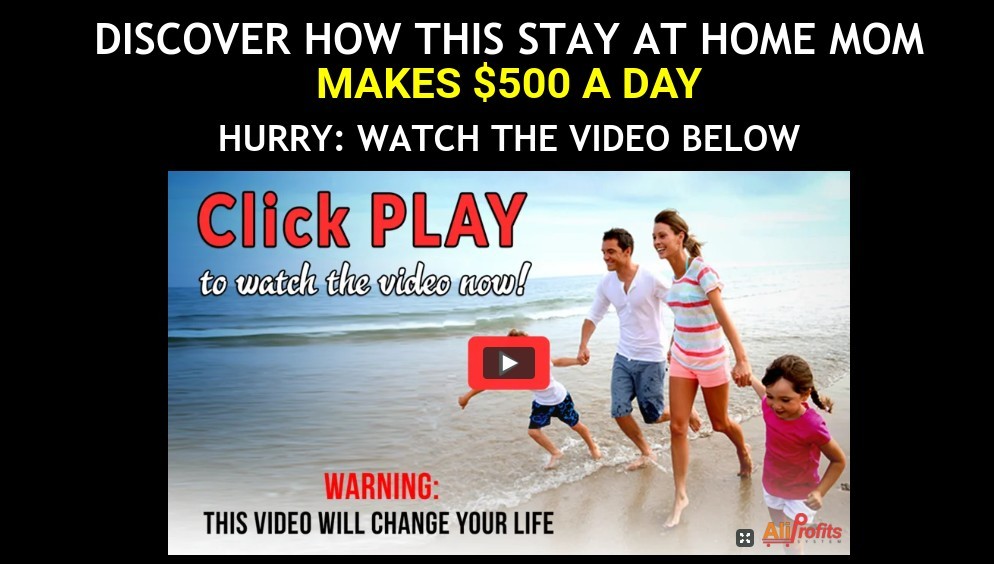 Is the AliProfits System really a guaranteed way to make $500 a day with just 30 minutes of work? It sounds incredible, but unfortunately I have heard similar claims all too many times before, and they usually turn out to be scams.

So is AliProfits System a scam or is this finally the once in a lifetime opportunity that we all have been waiting for.

Well… I’m sorry to say, but this is definitely NOT that once in a lifetime opportunity to strike it rich. In fact, you are more than likely going to have less money than when you started because you probably won’t even make the $37 back that it costs to buy into this in the first place.

In this review of AliProfits System I’ll be going over and exposing a bunch of lies that we are told and what is really going on here.

Thinking about buying into this? You are going to want to think again… Trust me on this.

The AliProfits System is a system for making money online through e-commerce that was created by a guy named Shawn. It all sounds amazingly simple and to be honest, way too good to be true.

Chances are that you probably received an email about some awesome new way to make money online, which had a link in it, and you clicked that link which then directed you to the video presentation. How do I know? Well, because that is how it usually works with scammy systems like this–just like Home Income Millionaire and ClixStarter (that I recently reviewed).

When I first landed on the video presentation if I was pretty much positive that it was a scam, but of course you can’t always judge a book by it’s cover, so I decided to do a little digging around–which just further backed up my initial opinion of it being a scam.

Some of what we are told includes…

Everything here leads me to believe that this is a scam. I have reviewed hundreds of scams on my website here and there are many common scam characteristics that AliProfits System has.

But not only does it sound like a scam, but it also looks like one–and I’ll show you some visible proof of this…

Do you remember the video testimonials from people claiming that they are making tons of money with this system?

For example, Fred supposedly quit his job and now has a bunch of time and financial freedom–making $5k – $6k per month with AliProfits System… 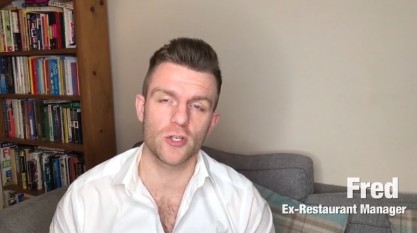 And then there was Alicia who supposedly made over $2,500 in her first week of using the system… 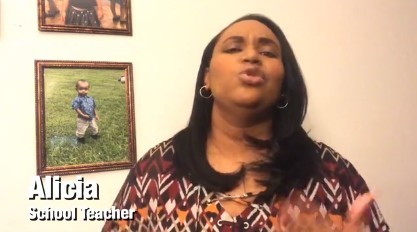 Ya, well… Unfortunately none of these testimonials are real. They are completely fake and the people are just paid actors that have been hired by the creators of this system–obviously because the system is not any good and they couldn’t get any testimonials from real customers–because of course the real customers aren’t actually making any money from it.

Here is some proof that these people are just paid actors. As you can see below they are both freelancers that create spokesperson videos on the freelance market place called Fiverr… 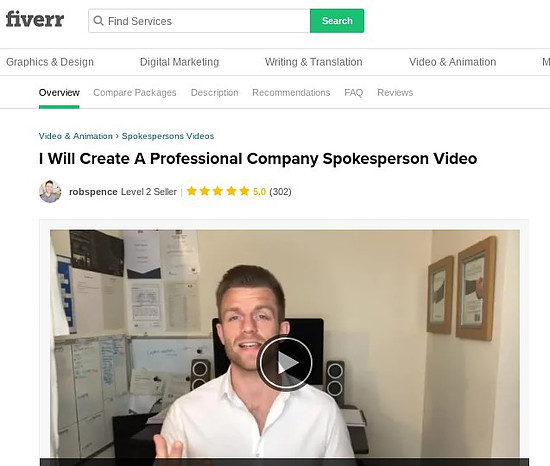 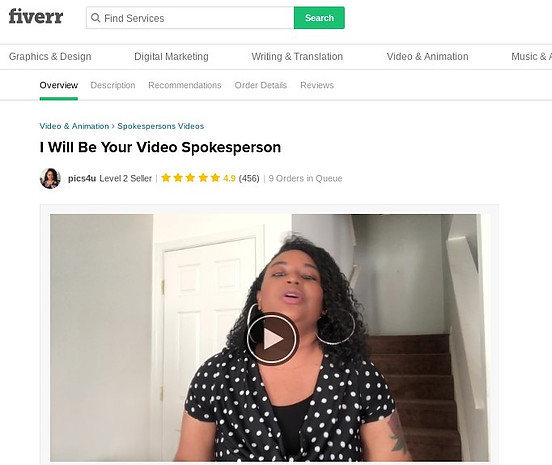 Note: While it is a bit unethical, I’m not here to argue the actions of these actors–I’m here to review the program.

Next up… the disclaimer

Take a look at this! (which can be found at the bottom of the website)…

It literally tells you word for word that “the typical purchaser does not make any money using this system”.

So what are we supposed to believe, the disclaimer or what we are told in the video presentation?

The answer is that you should always believe the disclaimer. Basically what is going on here is that people can say whatever they want to in video presentations and what not, as long as they state the truth in a disclaimer like this. So they can tell us all the BS and lies they want to with their sales pitch. This is how incredibly scammy programs like this are able to get away with what they do.

As if everything I went over above wasn’t already enought to show that this is more than likely a scam, there’s more!

One thing I noticed is that the spokesman says things that don’t even make sense–things that don’t add up. For example: he says that all of his students have been earning more than $500 a day.

Not only that, but who the heck is this “Shawn” guy anyhow?

He claims his name is Shawn J and he claims to make about $2,500 every single day from this system. BUT how can we be sure that this information is true?

The answer: We can’t!

I have reviewed so many scams that are promoted under fake names–so the name here might be completely made up, and even if it’s not we still don’t know anything about the guy.

There is no bit of information given that can be verified, no picture shown, nothing. We are just supposed to trust what he tells us–after knowing that half the stuff in the video presentation is a lie.

What Exactly Is The Aliprofits System?

Unfortunately it’s not really what you are led to believe it is–which you would probably expect after reading this far into my review.

Fortunately it does teach you a legitimate way to make money online.

The focus is on ecommerce as you already know, but specifically on what is called “dropshipping” via AliExpress. Dropshipping is when you sell products online through your own ecommerce website but never actually keep inventory–instead, when someone purchases a product on your website you just have it shipped right from the manufacturer. It can be a great business model and I know people who make a heck of a lot of money doing this.

BUT, the AliProfits System is NOT what you think.

After watching the video presentation you are left with the idea that this is some sort of system that you can “plug into” and start profiting from–just by setting a few things up and then all of a sudden watching the money roll right in with only 30 minutes of work.

The reality is that Aliprofits System is just a guide that goes over how to setup a dropshipping business using AliExpress and having a Shopify website–and this is only one part of the equation. Getting targeted visitors to your website is a massive task. Without visitors you will make $0–and training on this is lacking.

It starts off at just $37 but this is just the beginning of things. Once you buy in you will be hit with a series of upsells. Right when you thought you had everything you need–they shove some other products down your throat.

This is how cheap overhyped products usually work and I come across it all the time.

Of course you have no idea that there are going to be upsells when you buy in on the front-end product–but there are and they are always more expensive.

Conclusion – Is AliProfits System a Scam?

The AliProfits System is Pretty much a scam in my opinion, although you are provided with some value if you buy into it–just nothing like you would expect after watching the video presentation and you are sure to be highly disappointed.

All in all, this system is a massive let-down and I’m definitely not going to be recommending any of my readers to buy into it. There are plenty better options out there and in my opinion you would be much better off just doing your own research and finding all the free information on e-commerce and dropshipping that can be found on Google / YouTube.

And if you already did buy into it, don’t worry, luckily it is being sold through the Clickbetter platform and this means that you can get your money back within 60 days if you request a refund.

So anyways, I hope you enjoyed my review and found it helpful. If you want a personal recommendation of mine for making money online, I would highly suggest taking a look at this post on how I make a living working for myself online–in which I go over exactly what I do, how it all works and how others can get started doing the same.

Alternatively you can check out my top picks for making money from home.

Be shorty leave any comments or questions down below and I’ll get back to you as soon as I can 🙂 Tell me what you think of AliProfits? I like to hear the opinions of my readers!