Do Blue Light Blocking Glasses Work? – From My Experience… 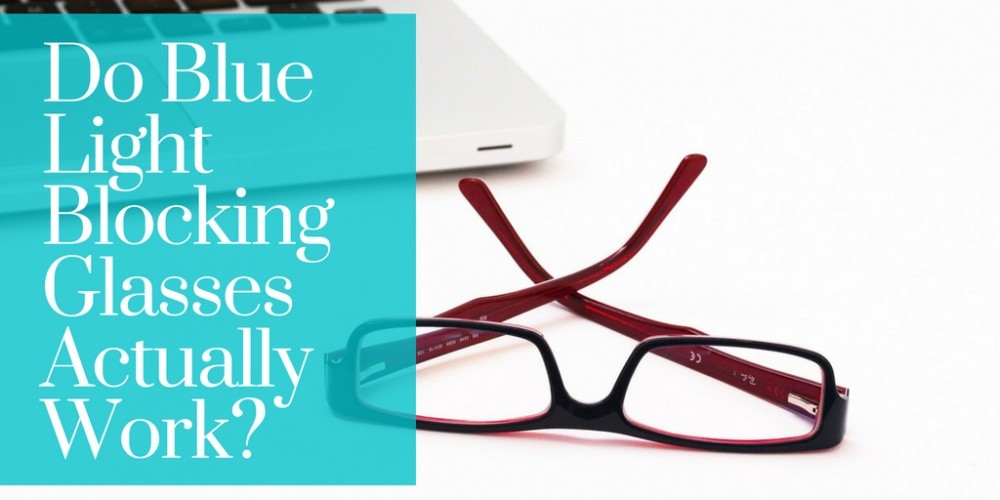 In this short article I will be going over all you need to know about blue light blocking glasses, including what exactly blue light is, how the glasses work my personal experience with such glasses and more.

First on the list is blue light… What the heck is in the first place? It is important to know what exactly blue light is and whether or not it is harmful before you go buy glasses to block it.

What Is Blue Light?

Blue light gets a really bad rap, some of the undo. While blue light has been linked to photoreceptor damage in the eyes, it is not this new source of light that has come about with human technology.

Blue light is nothing more than exactly what it sounds like… “Blue light”. It has a relatively short wavelength compared to other lights of the visible spectrum and carries with it more photon energy. Violet light is the only visible light that has a shorter wavelength in higher photon energy, as you can see from the table below…

But why does wavelength and photon energy matter to you? Well… Because of this, blue light is able to penetrate the eye much deeper than most other visible lights and penetrates all the way to the retina. Because of this it is associated with increased damage to the eye.

It Can Be Harmful

It Will Keep You Up At Night

In addition to potentially being harmful, blue light is also associated with insomnia. This is something that has been widely studied and if you really want to learn a lot about it you can read more on from the Harvard Medical School here. In short, the reason it can cause insomnia is because it delays the release of melatonin in the body. Melatonin is a hormone that plays a big role in our sleep cycles.

So if you have been having trouble sleeping and try to solve this problem by attempting to fall asleep on your cell phone or watching TV, you are doing all the wrong things.

What Blue Light Blocking Glasses Do

Anyone can where blue light blocking glasses. It seems that they are most popular amongst office workers, gamers, and other people that are staring at LED lit screens for most of the day, but anyone can potentially benefit from them.

Personally, I make a living working online so I am on my computer most of the day. Not only does this create a lot of strain on my eyes, from reading a lot of small print and whatnot, but it also exposes me to a lot of artificially produced blue light. Obviously eyestrain is going to be a lot worse at night when the computer screen is bright and the background is dark, which is probably the main reason that led me to try out a pair of blue light blocking glasses in the first place, since I often work at odd hours including at night or late in the day.

I originally started searching for “computer glasses” online and that is what led me to blue light blocking glasses which I finally decide to give a try. To make a long story short… at the time of me writing this post I have been wearing blue light blocking glasses religiously while working from my computer for the past 6 months or so and they have made a huge difference.

If you are someone who works from a computer, is an avid gamer, or something along these lines, you will likely experience I relief as soon as you put the glasses on, or at least I did. You will notice the difference right away.

The colors you see are slightly distorted while wearing the glasses, of course because it is blocking the blue light, but it really doesn’t matter too much to me and is something you get used to easily. It is well worth the decrease in eyestrain and another benefit which I can’t really explain is increased detail. After wearing the glasses it is easier for me to read on the computer screen. It is almost like the print is more clean and crisp, but I’m guessing that is just because it is easier for me to focus without strain.

There are about a bigillian brands of blue light blocking glasses out there and not all of them are created equal. When I first started looking into them in before I purchased my own pair, I did a lot of research to make sure I got something that was worth it.

Many pairs of glasses claim to block a high percentage of blue light, but one tested do not even block close to that. There is a lot of false advertising out there and you have to be particularly cautious when purchasing blue light blocking glasses from places like China, where laws are pretty stringent and tons of products are produced.

If you want my recommendation, my topic would be the Swannies Blue Blocker Glasses. Swannies or made by a FDA registered company in the US which means that you can trust them and they do actually do what they claim to do.

You can also read a list of what I consider the “top 6 blue light blocking glasses” for more options.

Anyways… I hope you enjoyed this article and found it helpful. If you have any questions or comments please leave them below and I’ll get back to you as soon as I can 🙂