Is Viral Cash App a Scam by Matthew Neer? – Review That Isn’t Trying To Sell It To You

The Viral Cash App claims that anyone with zero experience and technical know-how can siphon profits from a “$70 billion dollar free source”. It claims to be easy and nearly completely automated. But is this too good to be true or is Viral Cash App a scam? Are things really going to be as good as they tell you? Is this the life changing system you have been waiting for?

The answer is NO…. its not as good as they say. I watched the sales presentation for this Viral Cash App and its disgusting to say the least. The world of online marketing has become numb to the destruction it causes. The sales video was built to siphon money out of the pockets of unsuspecting individuals. Many people who buy into this are going to be deeply disappointed because there is a lot that Matthew Neer doesn’t tell you. In this review I will.

The sales presentation for this starts out with a bunch of news clips that have nothing to do with the actual Viral Cash App. They are just put up to try to make things seem more legitimate because when people see things on the news they usually are more willing to trust that they are real. 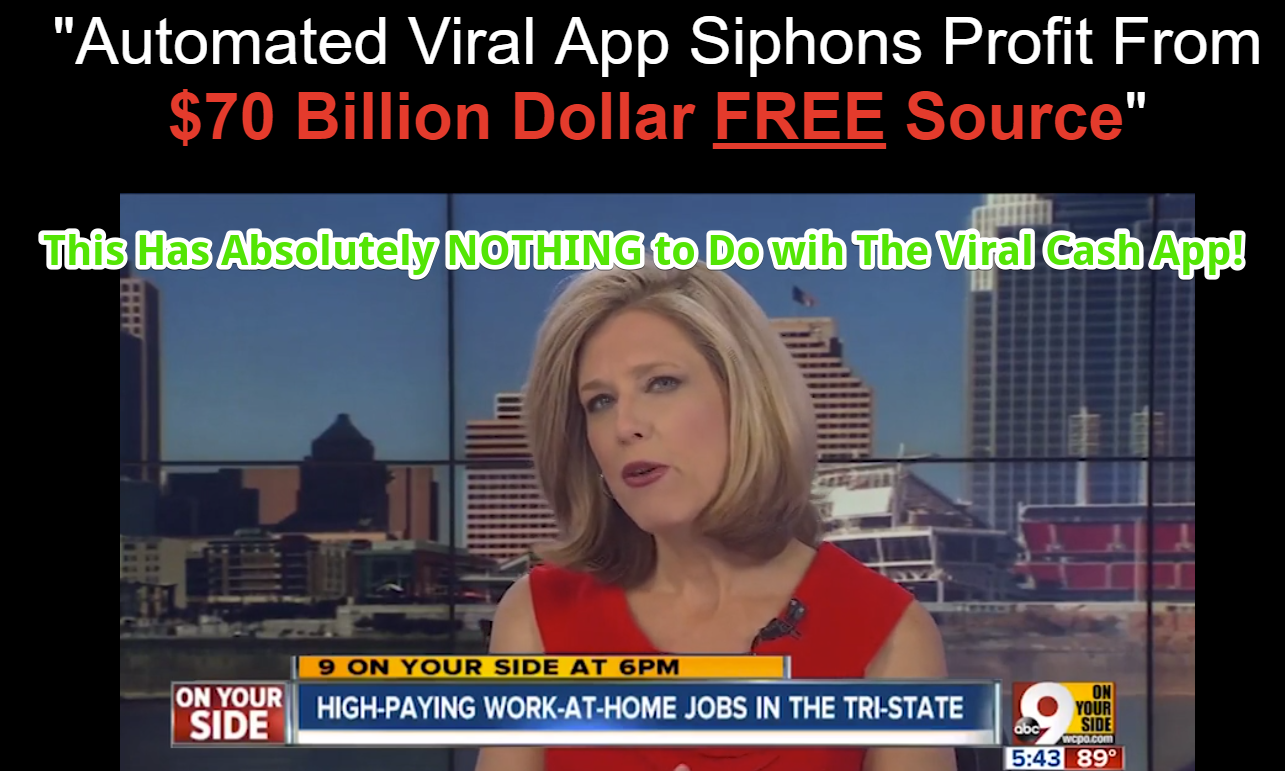 Much of the sales video is just building up to the product being sold. Its like a ramp that is designed to get people watching more and more excited. They show you news clips, they talk about all the money you can make…. they just really hype everything up beforehand.

Then of course you are told that “if you are seeing this video then you have been personally invited by one of my closest personal associates” and that it is “extremely secretive and highly classified”. This is a steaming hot load of BS. Anyone that wants to buy this system can. They will take all the buyers possible and then more. Its all about money to them.

What Is The Viral Cash App?

The Viral Cash App is basically a remake of Viral Money Magnet and Viral Money Method that Matt Neer created. Now you may be wondering well why does the name keep changing? Why does it keep getting remade?

The answer is that it isn’t really getting remade. Its basically just getting repacked under a different name for marketing purposes so that it seems like the “hot” new system that everyone needs to get their hands on when in reality its the same system as before, with minor changes.

But what is Viral Cash App Really?

Its a system that basically allows users to re-post viral Youtube videos so that hopefully they can get them to go viral and make a ton of money in the process. The system does a lot of the work for you, such as finding the videos, setting up your website and so on.

Much of the process is automated but this doesn’t mean its going to work. I’ll explain better…

So with this system you will get a free website. Its actually not a website that you will own, its a subdomain that you will have access to and be able to create your own webpage with.

With the Viral Cash App you will be able to enter the niche that you are interested in. This could be Dogs, Baseball, Scuba Diving, Horse Riding,… literally anything. Then what the app is going to do is find Youtube videos that have gone “viral” in the particular niche that you choose.

It will then copy these videos over to your webpage. So now you have videos that have gone viral, which people have shown they love and watched like crazy. The goal for you is to try to get it to happen all over again. Now that you have the viral videos on your site nothing is going to happen. It is up to you to try to get them to go viral again.

The theory behind it is that because they have went viral once they will go viral again. And what it means to go viral is basically to be shared like crazy. You get one person to come to your webpage and see the video, they love and go share it with all of their friends, then they share it, and they share it, and soon you have a massive amount of traffic coming in for free from people sharing these videos.

The problem is that it doesn’t work like this. You would think it would but it just doesn’t. Don’t ask me why. You would think that because people respond to a video in a viral way one time they would do it a second time…. but all I know is this isn’t necessarily always the case. Maybe part of the reason is because people aren’t as likely to go to some random strange webpage like yours as they are Youtube, which the video came from anyhow.

Another problem that they don’t really tell you in the sales pitch is that you are going to be the one that has to try to make these videos go viral. The system automatically pulls in the videos and publishes them on your site but you are going to have to go out and share them on social media to market them with the hopes that they will go viral again.

It is up to you to get the viral process started and this is much easier said than done.

You are able to place banner ads on your webpage for anything that you want. You can promote any product/service that your heart desires.

Its pretty simple. You get people to your webpage and they see the ads you have, some will click and others will not.

The problem with this is that hardly anyone is going to click on your ads and I can guaranteed this. The reason is because they will have nothing to do with anything. The people that come to your webpage are coming to watch funny viral videos, they are not coming to buy something.

Even if you have a funny viral video of a dog, this doesn’t mean that promoting dog products is going to be a good idea. This just isn’t how viral content works. The traffic that will flow in is not super targeted. This means you will get very poor conversions. 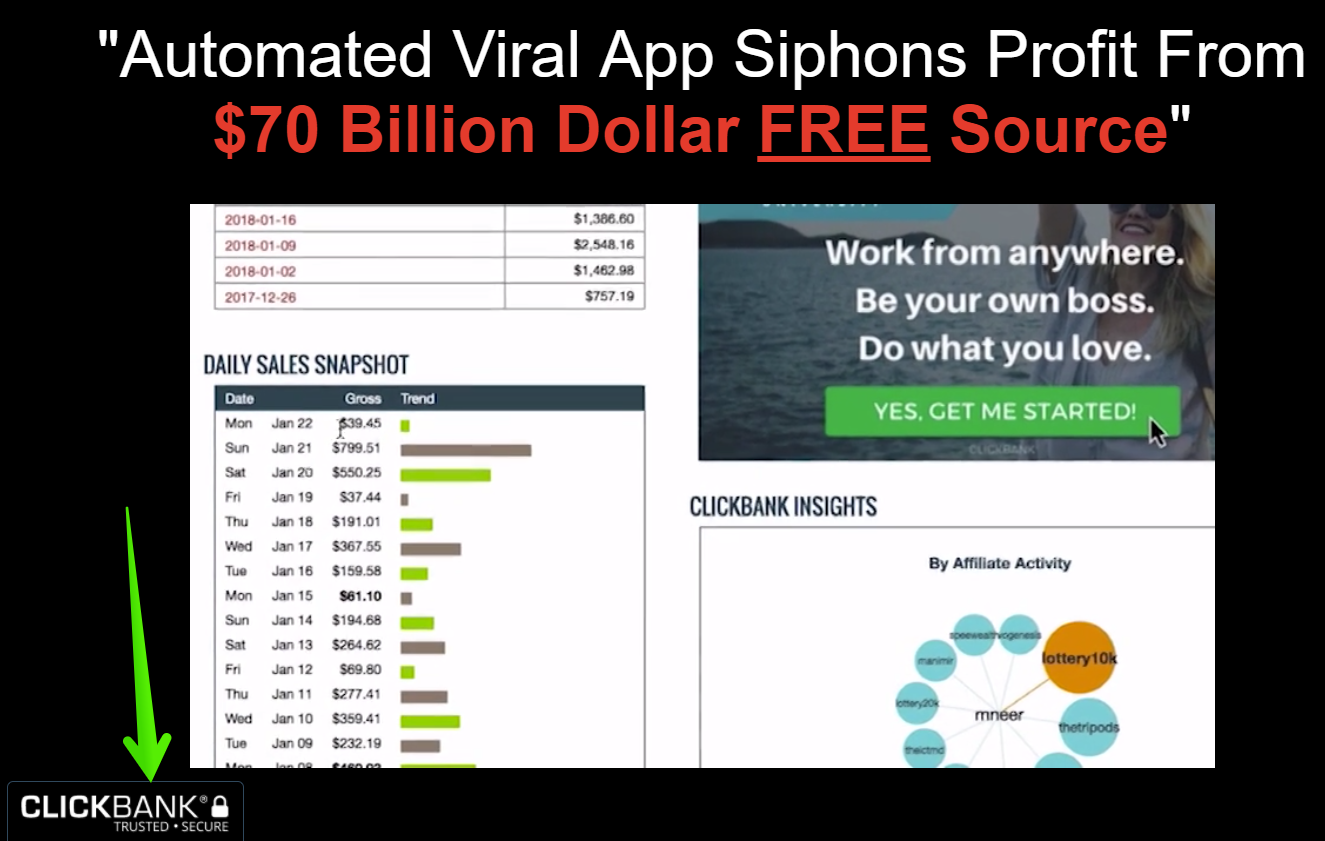 Conclusion On The Viral Cash App – Is It Worth Trying?

While it is definitely possible to make money with this system I sure as heck will not be trying it out. Why? Well because this system just doesn’t work out like they lead you to believe. Getting content to go viral isn’t as easy as it seems. Its kind of like a hit or miss. Maybe you get something to go viral but you probably don’t. And even if you do the conversions you will get from your ads will be horrible.

There is a reason this system keeps getting re-hashed under different names.

But anyways… do what you want. The decision to buy into this or not is up to you. Just don’t count on it actually making you rich or even close to it.

Something else you might want to take a look at is how I make money online. What I do is completely different. Its more systematic and duplicate-able…. not just a hit or miss type deal like this viral crap. You can read this post I wrote that explains what I do, how it all works and how others can get started if you wish.