Money Map Report – Scam or Will You Make Money? 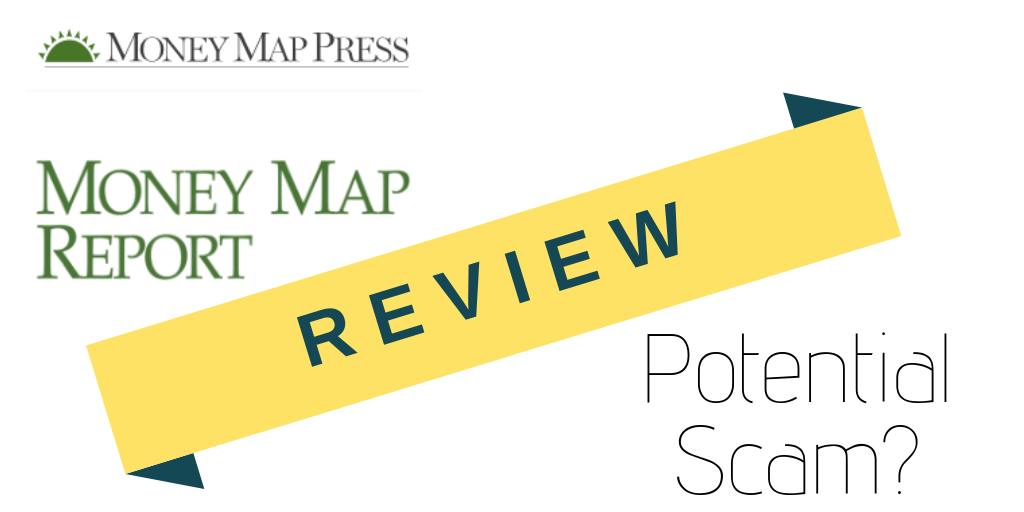 Keith Fitz-Gerald's Money Map Report is often advertised/promoted as one heck of an incredible investment opportunity, but is it really? Or should we be calling this the Money Map Report scam?

There isn't much wonder why you are questioning the legitimacy of this investment newsletter. After all, he promotions out there are incredibly hyped up and seem a bit too good to be true, or at least I think so. You are often shown all these amazing investments that Keith has recommended which have turned out to be very profitable, but is this really the whole story? Is this guy just some mad genius that can predict the stock market with such precision that he almost never loses?

The fact of the matter is that many of the promotions out there for Money Map Report are very misleading, which is the point of me writing this review here now. There is a lot of misinformation out there and the last thing you want to do is get involved in an investment opportunity that leads to a loss of money rather than a gain.

Is it a scam? Can you make money following his advice? What you should you believe? Well… The truth is, while there definitely is value to this newsletter, it is not all that it is cracked up to be. Quick Navigation
What Is Money Map Report?
Lures Dangling Just Waiting to Reel People In
Who Is This Keith Fitz-Gerald Guy?
What You Get as a Subscriber
What Are The Ratings Like?
A Look at The Track Record
Complaints Galore... And It's No Wonder!
Conclusion: Scam or Not?

What Is Money Map Report?

In a nutshell, the Money Map Report is a financial newsletter that is headed by the chief editor Keith Fitz-Gerald, it was fairly well known in the financial/investment world in definitely does have the credentials to be chief editor of such a publishing.

Basically what you get as a subscriber to this newsletter is the ability to follow along with Keith's recommendations. Each month you make some recommendations and this essentially takes the guesswork out of investing, if you do want to simply follow what he recommends to a T. In addition you are also kept in the loop and receive alerts/notifications when certain trades need to be made.

Sounds great and all, but what is the track record of this service? Well… I'll get into that in a bit, but first I want to go over some of the misleading promotional material that is out there and more…

What I'm talking about here is the promotional material that is trying to get you on the hook. There are lures put in place, pretty darn misleading ones, and they are meant to real you in as a subscriber.

There are probably many different sales pitches that exist, but one of the ones that I personally came across was called "Supercharge Your Social Security", which was basically presented as a way to earn a "lump sum check within 5 days", which supposedly was going to come from the underpayment of Social Security. Now I'm not going to get to in-depth with this ridiculous promotion, but basically it is an incredibly misleading sales pitch in you are then told by Keith Fitz-Gerald (which is the editor of Money Map Report of course) that he wants to give you a free copy of his book Supercharge Your Social Security as well as another on How to Claim Your $23,441… But of course there is a catch… There is always a catch… The catch in this case is that you have to subscribe to the Money Map Report newsletter in order to get these free e-books.

It is all a ploy to get more subscribers, and a very misleading one at that.

Who Is This Keith Fitz-Gerald Guy?

It's always important to look into the person(s) behind something like this. After all, the last thing you want to be doing is taking advice from someone who shouldn't be giving in the first place.

Keith started out investing at a very young age and was supposedly taught by his grandmother. To date, he has over 35 years of global experience and is well known in the industry, having been featured in all sorts of financial magazines such as Forbes, WIRED, Street Journal, and others. But you can read more about this on FoxNews.com if you want to.

One of the more notable claims to fame that he has had over the years is when he somewhat predicted the dot.com crisis in was able to navigate it along with the aftermath.

What You Get as a Subscriber

As I already explained, in a nutshell basically you are getting access to Keith's recommended investments so that you can follow along and simply do as he says.

But of course it is all about the ratings… What are people saying about this newsletter you have actually been subscribers and have followed the recommendations made? Are they praising as the greatest opportunity ever? Are they making thousands upon thousands of dollars from the advice given?

Unfortunately… As I told you in the beginning… This advisement service is not nearly as good as it may seem, which is the reason that it only has a rating of 2.2 out of 5 with over 300 votes on Stock Gumshoe... Also there are plenty of complaints that you can find on this service, definitely no shortage.

As I was scrolling through and scanning over the many complaints, I found one's such as that pictured below, complaining about the ridiculous advertisements that are pushed on you and the constant bombardment of other scam services… And the list goes on and on and on, but I'm not going to get into everything.

A Look at The Track Record

So there are obviously a lot of people complaining about this service, but a lot of the complaints are more about the pushy advertising tactics used, rather than the actual results of the advice given.

So what is the track record like? Is this guy really recommending all these incredible trades like those shown in the promotional material?

Well… Unfortunately this is not a question I can answer because there is reason to believe that they cover-up bad recommendations and only show the good ones. So there's really no way of knowing what percent of recommendations have been winners in which have been losers based on the information that I find.

And yes... People have tried to get them to share this information, but they keep it hidden, which really makes you question what the track record is really like…

Complaints Galore... And It's No Wonder!

The amount of complaints that this newsletter service receives is pretty crazy and after reading through bunch, it is hard to trust this place at all. The ridiculous advertising tactics need to stop. The ads are incredibly misleading, as I went over in the beginning, and no one likes to get bombarded with other promotions after becoming a subscriber.

It really makes you wonder if they actually want to help people make money or if they are just here to make money off of you? With the overly salesy nature of the business, it definitely seems like they are just trying to suck every penny out of you.

But I guess this comes as no surprise. After all, this newsletter is the publishing of a company called Money Map Press, which also publishes a range of other investment newsletters that all get some pretty darn bad reviews and they all seem to be engaged in deceptive marketing tactics that are filled with lies and misleading information.

Money Map Press has around 200 complaints with the BBB and it is no wonder.

I actually reviewed another one of Money Map Press' newsletters called Fast Fortune Club and it was the same type of deal.

Conclusion: Scam or Not?

It it's hard to conclude whether or not this is a scam, because we all sort of have our own definitions of what a scam consists of. That said, I would not call it a scam but I also definitely do not recommend this investment advisement service.

Unfortunately I can't get access to the track record to see how well all of the recommendations for service provided have fared, but this tells you something… It tells you that they have something to hide, which is losing trades.

Can you really trust a place that hides the truth? The only shows you the good sides of things but leaves out all the bad?

I think not and that is why I am not going to be recommending it to any of my readers. This is just not the type of place I would want to get involved with.

But anyways… I hope you enjoyed my short review and found it somewhat helpful. There are a lot better investment advisement services out there than this.