Perk TV vs Swagbucks – Which Is The More Profitable Choice? 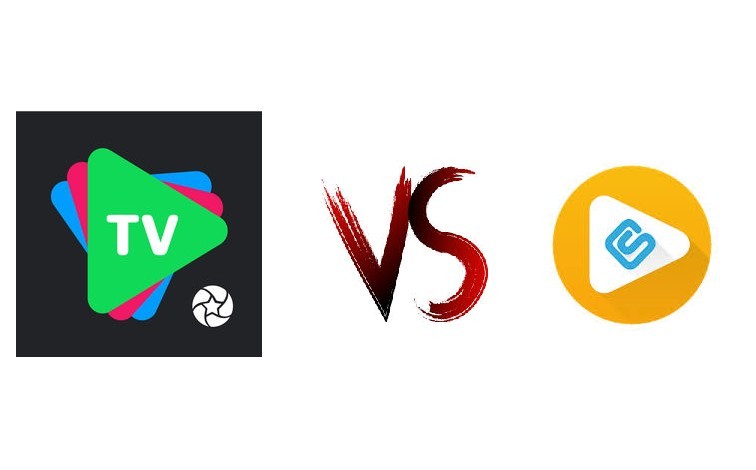 Perk TV vs Swagbucks, which is better? They both pay you for watching videos online, which really can’t get much more easy, but which is going to pay you more and which is more worth your time? Is one a scam and the other not? Is one just going to leave you frustrated, leading you to toss your phone across the room?

In this short comparison review I hope to give you a better idea of how these two reward programs compare and which might be better for you.

In this first section I want to go over the basics. I will be given a basic overview of both Perk TV and Swagbucks…

You can download the Perk TV for both android and iOS devices, which is free to do. Then, you can watch videos and earn points… Simple as that.

You will find videos in a variety of different categories, some of which include the following…

Most the videos I have come across within this app are just short trailers, but there are others as well. You will also have to sit through some ads that play automatically, which is how this place makes money.

The point of watching all these videos is to earn points and tokens, which can later be redeemed for rewards of real value. However, the amount of these points you can earn varies depending on where you live (I’m not sure if the token reward amounts vary). If you live in the US you can get 3 points for each video you watch, but if you live outside the US you only get 1 point. And as far as tokens go, you will get 50 tokens whenever you rate a video by giving a thumbs up or thumbs down.

There is another app besides the Perk TV app called Perk TV Live, which is a separate app created by the same company that allows you to watch movies and shows. So if you are looking to watch long length videos then this might be a better choice for you.

Swagbucks is much more than just a normal rewards site or paid suvey site like PaidViewPoint.

Swagbucks TV is the same sort of deal as Perk TV, you can watch videos in a variety of different categories, such as recipes, entertainment, fashion, etc. These videos normally run between 30 seconds and two minutes in length, most of them being trailers, short interviews and other clips.

After watching one video, another will automatically play and of course at times there will be ads shown in between. This is how Swagbucks makes their money so that they can pay you to watch these videos in the first place. Some meds are shorter than others, but they can last up to 30 seconds. 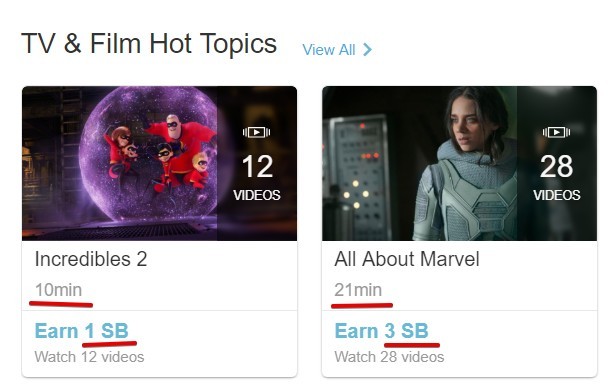 The Swagbucks Watch TV app allows you to earn 2 Swagbucks for every five videos that you watch.

When it comes to the different rewards that are available when you redeem your points, tokens, or Swagbucks, there isn’t really all that much difference.

With Perk TV you can redeem your points for Amazon gift cards, group on, Nike, Walmart gift cards and more… As well as PayPal cash and physical products like electronics.

With Swagbucks you can also redeem your points, or Swagbucks, for all sorts of gift cards like Amazon, Walmart, etc., as well as PayPal cash and even Visa prepaid debit cards.

They both offer some pretty good rewards in my opinion and don’t really have any shortcomings here. This is definitely not a determining factor for which is better in which you should use.

Based on what I have seen and have read from other people’s complaints, they both seem to racked up quite a few complaints and are far from being perfect.

Some common complaints I came across with Perk TV include the app freezing, the captcha not loading, and I even came across a few complaints from people saying to use Swagbucks instead.

However, Swagbucks has quite a few complaints itself. A lot of people get stuck on commercials, complain about there being too many ads, the videos being frozen in not playing, and so on.

And then of course with both apps you have a lot of people complaining about it just taking too darn long to earn enough points to be able to get a real reward. But this is expected.

There our any real good hacks to mention, but as I was going about some forms looking for better ways to earn with these apps, I found a few people who have been earning multiple times more than they normally would buy running these on multiple devices.

However, this is easier said than done. You cannot run the same app on multiple devices at the same time. Instead, it seems that you have to create multiple accounts in order to be able to do this. So you really have to be dedicated if you want to earn a bit more like this.

If there are any other hacks that you know about, please mention them in the comment section below to help out other readers of this post.

Which Will Make You More Money?

To be honest, there is not a clear when I hear. If you’re looking to earn a little bit of extra pocket change very easily by just watching videos, they both seem to be safe bets… However, neither these are going to make you much at all and both can be quite frustrating.

It is really hard to give you an estimate on how much you can actually earn with these apps, but I would say that if you are using just one device and dedicating a consistent amount of time, you are looking at earning a dollar to a few dollars each week.

Personally my choice would be to use Swagbucks, just because I already have a Swagbucks account and the money earned from both would going to the same account which I would be able to redeem for the various rewards.

Swagbucks is also a nice choice because you can earn in a variety of ways, including playing games, taking surveys and more.