Is It Works a Ponzi Scheme? – 3rd Party Review

Let me guess… Someone is trying to get you or someone you know to join It Works and you are hesitant to do so because of the recruitment structure this business has. It is true that they rely on recruitment of new members to a good degree but is It Works a Ponzi scheme? Or are they still a legitimate opportunity that you can make good money with?

In this review I’ll be going over the truth of the matter. I’ll be telling you things that distributors aren’t going to tell you because they don’t want you to know. This is an independent 3rd party review… I am in no way affiliated with this company.

It Works is a health and wellness company that sells a variety of products. Their most famous product, the one that really got them going, is their body wrap, but they also sell healthy greens, essential oils, and plenty of others.

The MLM (multi-level marketing) compensation plan is where people get suspicious of their operations. Why? Well because distributors can recruit other distributors in beneath them and earn money from what they do, and what the people beneath them do and so on. Sounds a bit like a Ponzi scheme doesn’t it.

Well the truth is that it is not a Ponzi scheme for one good reason that I’ll go over. However, there is something that I’m going to explain to you that will show it might not be that amazing opportunity you have been waiting for.

Why It Works Isn’t a Ponzi Scheme

Its pretty simple. In a Ponzi scheme there is no real value being provided. The older investors get paid off from the investments of newcomers. Its just a big exchange of money for nothing real. They might disguise themselves as a legitimate company that provides some sort of product or service but in reality there is nothing.

It Works on the other hand does actually provide products… real tangible products that you can touch and know are real. So while they do have multiple levels and rely on recruitment to keep their business alive, they are not a Ponzi scheme.

Distributors can make money with It Works in 2 main ways: retail sales and recruitment.

you will also be able to earn commissions getting people to join It Works and sign up for the monthly autoship service.

This is where the compensation plan can get very confusing. There are lots of ranks, bonuses, levels, and fancy shmancy confusing things that are supposed to be confusing and make it look better than it is. I’ll do my best to break it all down into a simple, easy to understand overview.

There are 3 different management levels: Executive, Ruby, and Emerald. However, when you join as a distributor you will have to try to move up to these ranks. The higher you move the more of the compensation plan you unlock and the more money you make.

When you join as a distributor you will have to recruit in at least 2 people beneath you (called legs) and get them to achieve a group volume (GV) of at least 400. This number 400 has to do with the volume of products that they bought, sold or had others buy/sell that they recruited in. 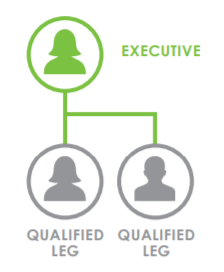 And all the while when you move up you are unlocking more and more of the compensation plan. Here is a chart that shows this. 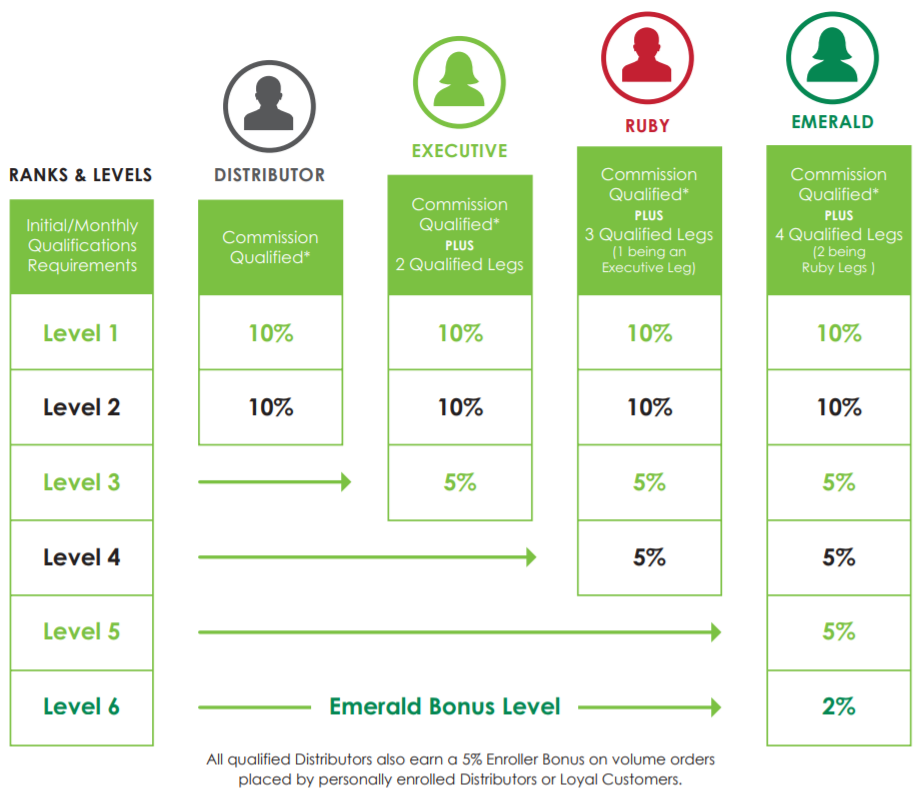 There is also more to the compensation plan. They have Diamond leadership ranks and generation payouts but I’m not going to get into all of this. Why not? Well because its the same basic thing. You recruit more people in, increase the group volume (GV), move up the ranks and earn more.

The difference between a legitimate mlm and a product-based pyramid scheme is how much they rely on recruitment. They both sell products but the pyramid scheme sells most of its products to new recruits rather than to the general public.

It Works does force distributors to purchase products in order to be “commission qualified”. However, it does seem that much of their product sales do come from selling to real customers that aren’t being recruited in. And for this reason I wouldn’t call them a pyramid scheme. I would say that they are a bit on the “shady” side compared to a lot of other mlm’s I’ve looked into though.

Why Its So Darn Hard to Make Money With It Works

MLM opportunities have insanely high turnover rates for a reason… because they are hard to make money with.

Well because their compensation structures ensure it. Their pyramid-like compensation plans lead to a massively uneven income distribution. Those at the bottom have money taken away from them and it goes to those above them. The money that new recruits could potentially be making is being sucked away and given to their upline in the form of commissions.

And of course their are always many more people at the bottom than there are at the top, which means that most people will struggle and experience the bad side of the mlm structure rather than the good side. This is what they don’t want you to know.

With a compensation plan like this that relies so much on recruitment, it is a must to go out and recruit others beneath you. If you don’t you just won’t make it. And the reality is… like I said… most people are going to be at the bottom and will never make it.

Herbalife, Yougevity, Shaklee… This is how it is for all of the mlm’s out there.

They definitely aren’t a Ponzi scheme, they don’t seem to be a pyramid scheme although they are leaning close to being considered one… but they are difficult to make money with. Unless of course you are able to recruit in people left and right and build up a massive downline, which is easier said than done.

The fact of the matter is that very few people actually make good money doing this. Here is a 2016 income disclosure statement from the company. I know its a bit outdated but they have the same structure so things wouldn’t really have changed, if even at all… 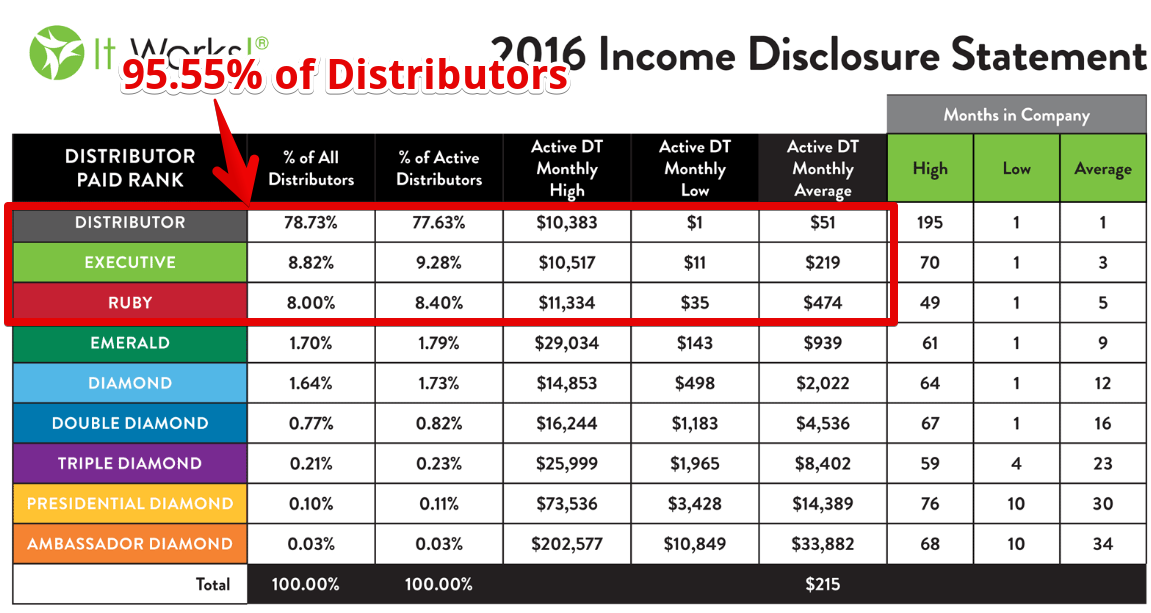 As you can see over 95% of all distributors were making much less than $500 per month on average…. MUCH LESS.

These numbers speak for themselves. Join if you want but this is the exact reason I stay away from MLM’s. They have lots of earning potential but most people fail.

Something else that you might want to look into if you are looking for a work-from-home job is how I make money online. I make a living online and I enjoy what I do. Here is a guide I wrote on what I do, how it all works, and how others can get started if they are interested.

==> How I make a living online here