VOXXlife is a scam? – Are The Rumors True?

VOXXlife… Is this place a scam? Or the rumors out there on the Internet true?

Welcome to my review! Here you are going to get a good overview of what is going on here and my honest opinion of whether or not this place is a scam.

PS: I am in no way affiliated with this company so information you are going to get here is actually going to be unbiased, not a bunch of promotional crap that is misleading and gives you the wrong opinion about things.

In a nutshell, VOXXlife is a MLM company that sells socks and insoles which was created by a guy named Jay Dhailiwal, who is the CEO of the company.

This private company has the goal of drug-free wellness and optimal health for all, all stemming from what they call  Human Performance Technology, or HPT, which is their own product technology that can supposedly reduce stress, increase strength, increase balance and support, and more.

The products are promoted as being good for people who lack energy, have pain, and/or have limited mobility. Overall they seem like good products but are without a doubt overpriced in my opinion, which is pretty typical of MLM companies like this.

Do The Products Even Work?

As stated, the cell socks as well as insoles. Let’s first go over the socks… 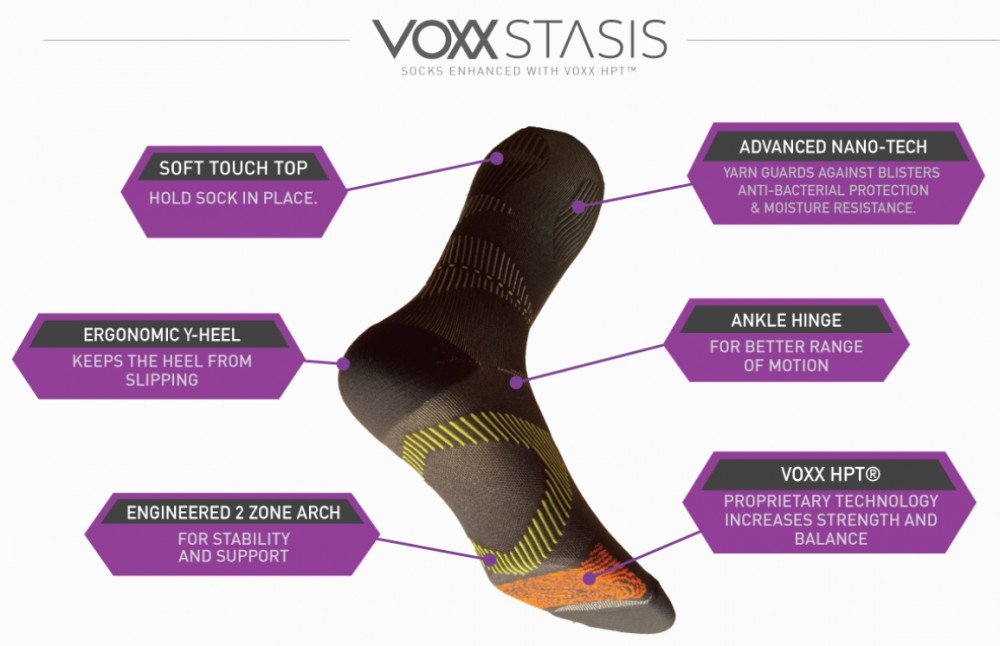 Overall the socks seem like pretty well designed products. They provide compression arch support for support instability as well as HPT technology on the ball of the foot for increased strength and balance. 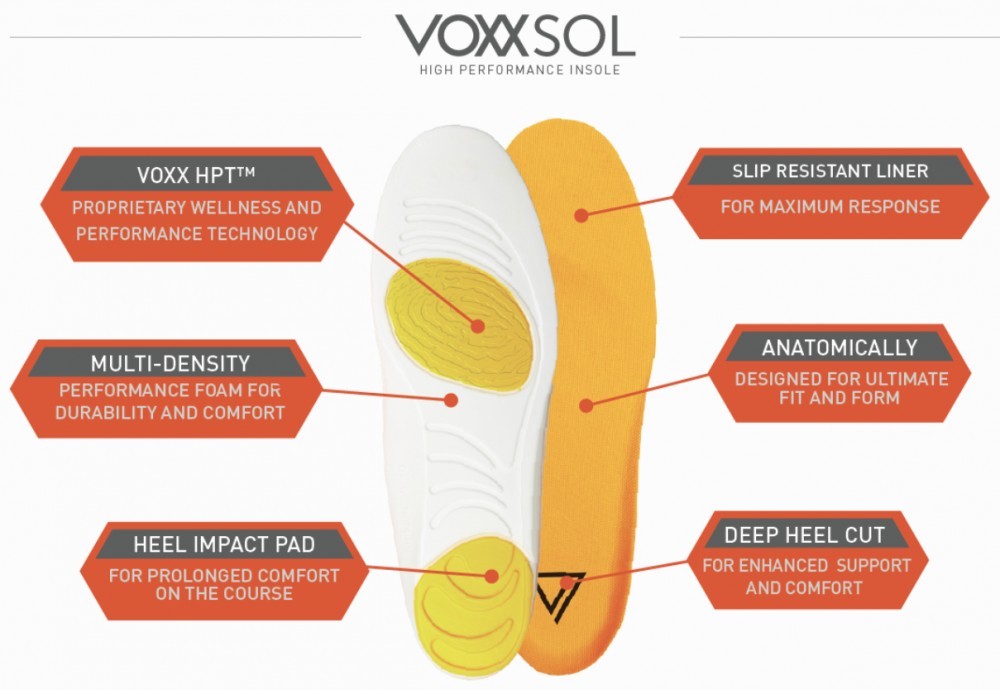 The insoles supposedly optimize stability and balance the nervous system. The HPT technology for strength and support in this product is included in the heel instead of in the ball of the foot where it was for the socks.

These are said to be anatomically designed for “ultimate fit and form”, but this is going to vary greatly from person to person. These are not form fitted and because of this they are simply not going to be as effective for everyone.

Sounds cool, but what does the science say?

HPT tech comes from lots of research done into the different sensory receptors of the brain, accupuncture’s effect on brain activity, dermatome stimulation and somatic pathways. A lot of thought goes into this technology and it is far from just another hyped up over-priced product that isn’t going to do a thing.

Pretty confusing “sciency” stuff that I’m not going to go into too much detail on, because I don’t want this post to turn into something more confusing than it needs to be. But basically the HPT technology is all about stimulating the brain in different ways to improve…

And while a lot of the claimed benefits are still based mostly on theory, there have been a few independent studies performed by places such as…

The HPT tech can supposedly give you the benefits of…

But of course you have to take these statistics with a grain of salt.

What are people who bought these products saying?

If you read reviews from people who have actually bought these products and try them out for themselves you are going to find mixed opinions.

There our people who claim to have put on the socks and experienced noticeable pain relief within hours, as well as feet and a leg soreness lessening noticeably. In the same goes for the insoles.

However, of course you are also going to find reviews claiming that these things don’t do a darn thing and call them a scam. As with any type of health products, people’s bodies react differently and you also have to realize that there could be many different causes for symptoms such as foot pain, back pain, etc.

So while these products are not a “cure all” (as some associates might be promoting them as), they do seem to work for some people.

Have you heard the rumors that VOXXlife is a pyramid scheme?

Oh you haven’t?… Well I guess now you have.

I’m joking though… It is not a pyramid scheme although it does have the typical pyramid-scheme -like structure of a MLM, because it is a MLM.

So obviously you’re going to be able to sell these products yourself and earn commissions… Which range from 25 to 50%. But there is a heck of a lot more to the compensation plan than just this.

As with most MLM’s, there are a handful of different ranks that you are able to move up and increase your earnings by increasing the size of your downline. There are 7 leadership ranks total and you can earn down to 8 levels.

What exactly does this mean?

You will earn 20% commissions from the people on your level 1 that you directly recruited in as well as 2.5% commissions on all of the other levels, as you can see above.

Ya… It does… But believe it or not this is legal because this company is selling legitimate products. I can’t argue with the fact that the compensation plan resembles a pyramid scheme very much however, which there is a big problem with as I will go over shortly.

How much opportunity is there really?

Now if you no me then you know I am not a very big fan of MLM’s. That said, VOXXlife does seem to be any market that is largely untapped and there is probably some decent opportunity here, at least better than most MLM’s out there.

There his such huge potential in the insole and sock market. If this technology they have developed really does work as good as they say, then there is definitely a heck of a lot of money to be made.

Why The Opportunity Is More Difficult Than It Seems

Now if you are thinking about getting involved in the business opportunity then you MUST know that it is more difficult than it seems. These sorts of opportunities are always presented as some incredible way to make money and live a life of financial freedom, but the reality is a little bit different than that.

The pyramid structure that MLM’s have actually make it more difficult to make money, in particular for those who are new to join and are low in rank. The reason for this is because money is siphoned out of the pockets of those low on the pyramid and given to those above them in the form of commissions.

It certainly serves as a great incentive to try to move up the ranks so that you can earn more inclined your way to the top, but it also makes it more difficult to do such.

Why not just eliminate the whole pyramid structure and allow people to earn higher commissions on the products that they sell? Well… This would make it easier to start out but then there wouldn’t be the potential to build a massive team underneath you and earn large amounts of money.

What you also have to realize is that the products being sold here are overpriced. Now of course this is just my opinion but I think many people out there would agree with me on this.

I don’t care about the all the HPT technology… It still just a small little sock made of a little bit of fabric.

Try selling these and you will likely quickly realize that many people will agree.

Unfortunately there is no earnings disclosure presented by VOXXlife so I can give you any numbers to look at as far as how much associates are actually making you join this opportunity. However, I am willing to bet that isn’t very much on average.

I’ve reviewed many different MLM opportunities and they are all the same when it comes to earnings… A very small percentage of people at the very top of their pyramid -like structures earn the majority of the money while most people don’t make all that much.

I wouldn’t call VOXXlife because they do sell legitimate products and their MLM structure is legal, but after reading this you can probably see why many people do call this place a scam… and so can I.

The bottom line here is that their products are overpriced and there opportunity is often promoted in a bit of a misleading way. MLM’s can be very luring because they present a lot of potential to move up through the ranks, but very few people actually succeed in these types of businesses, which is the reason they have extremely high turnover rates.

Now associates that are trying to recruit you and will often tell you that people fail because they don’t try hard enough and things like that, but the reality is that with a pyramid-like structure the majority of people are bound to struggle and fail… Because there are always going to be many more people at the bottom of the structure than at the top due to the pyramid shape of it.

Anyways… I hope you enjoyed this review and found it insightful.

And also, if you know anyone who is involved in this MLM and has a cult-like mentality (which is pretty common for MLM’s) you should tell him to read this.