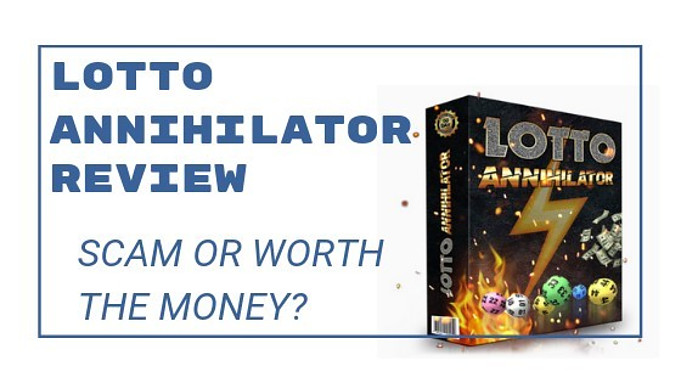 Is Richard Lustig’s Lotto Annihilator a Scam? – Pretty Much In My Opinion

Richard Lustig claims that his new Lotto Annihilator system can give you better chances of winning the lottery and that many people have already used this to win big, but is this really true? Can you trust what you hear? It is Lotto Annihilator just another scam that is going to give you false hope and leave you discouraged and disappointed at the end of the day?

I’m here to warn everyone against this product.

THIS IS A WARNING. After reading my review here you will see that this system is not worth purchasing because it is not going to do anything for you, except of course drain your bank account a little bit.

I’m sure you were suspicious of this whole thing being a scam before me saying that anyhow. The entire promo presentation does seem a little bit “scammy”, does it not?

The presentation starts out with a warning that “this video is very controversial”. Then Richard Lustig, starts off talking about how some guy one $9 million using his method, but of course he’s going to keep his name private for confidentiality reasons. 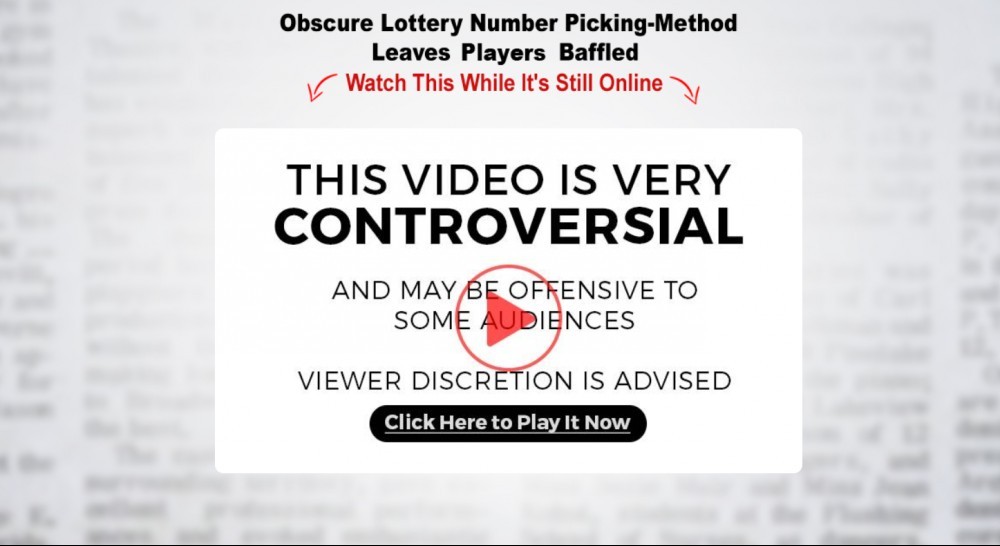 Most of the video presentation is Richard talking about how much money he has won and how he has been able to spend it on luxurious things like cruises, staying in penthouses, buying his kids anything they wanted, his dream house, and so on.

He even goes as far to say that his method, which helps give you an unfair advantage and the ability to predict the winning numbers of the lottery, will have you winning so much that you are going to need to start rotating the gas stations where you buy your tickets because the owners are going to hate giving out money to you all the time.

Quite a bold claim to make… And one that is definitely not backed up.

The video presentation is filled with a lot of unverifiable claims.

First off… the guy he talked about who supposedly one $9 million with his method… There is no way to verify that any of this is true because of course he does not share his name with us. Does this guy even exist in the first place? 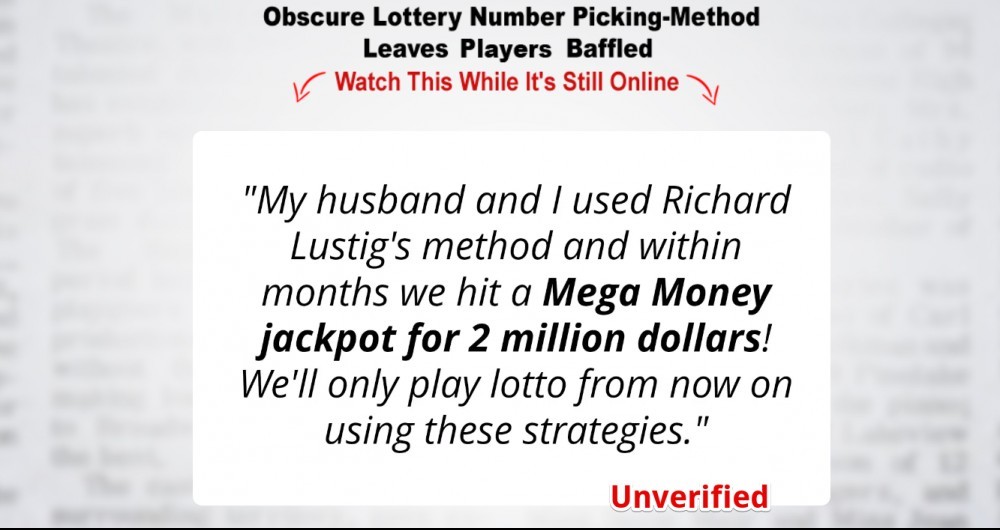 But again… These are completely unverified… 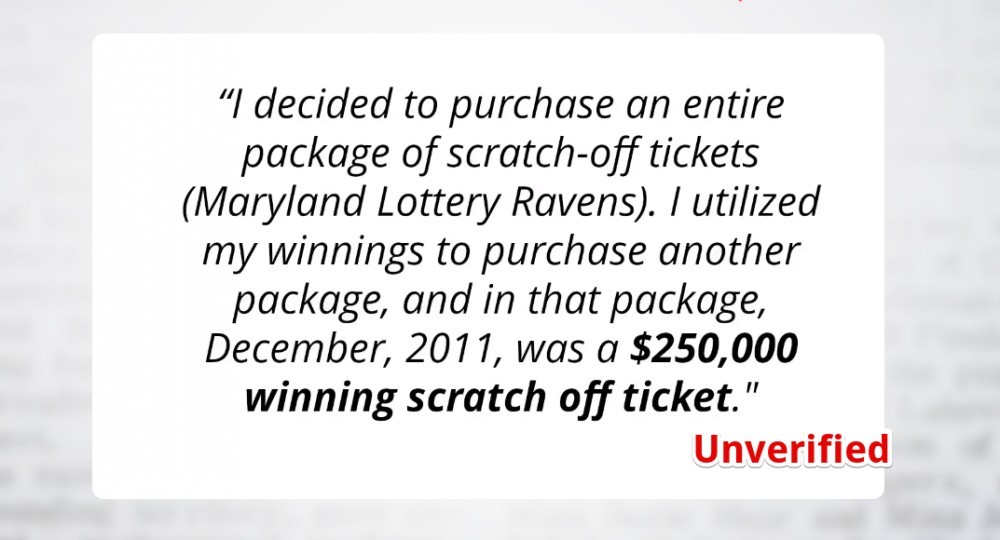 Who is Richard Lustig?

At this point you may be wondering if this guy is even real.

Well… Believe it or not, yes Richard Lustig is a real guy and yes, he really did win the grand prize in the lottery 7 separate times, being the only one in the world to do so. This has landed him on all sorts of TV shows and even in Ripley’s Believe It or Not.

That said, he has been milking the heck out of his fame for years now. This is not the first program he has released that uncovers his “secret method” and will supposedly make you rich. Instead of winning the lottery again and again with his “secret method”, he now seems to be making all of his money off of selling products like this to unsuspecting individuals.

So what this system supposedly does is increases your chances of winning. It isn’t going to guarantee a win every time but, according to Richard, but it will increase your odds.

The basics of how it works just like this…

Now as you can see he makes it sound like you’re going to be winning again and again, getting consistent income from this that can replace your job. He talks about how “some months you may only win $10,000” and other months you may “find yourself cashing a check for $200,000″… As if $10,000 a month is going to be the least you are going to win.

This is one heck of a misleading statement.

The Method… Does It Actually Work?

You guessed it… The answer is NO.

His “secret method” does not work and it is not going to increase your chances of winning. The only thing it is going to do is leave you with less money and give Richard more money.

Why is it not going to work?

Well… Because it is statistically impossible.

There is a good article on Business Insider that talks about this. In this article a journalist takes Richard Lustig’s method to a statistics professor and has him take a look at it, which he concludes makes no sense.

You can’t cheat the system when it comes to lotteries… The numbers generated are completely random and because of this there is no way to predict the numbers that will be chosen.

Sure, you can join lottery pools and things like that to increase your chances, but this has nothing to do with actually predicting winning numbers or anything like that.

Like I said earlier on, Richard has released a number of these products in the past. I have reviewed 2 other of his products here on my site, one called Lottery Winner University and another called Auto Lotto Processor.

They are both the same exact thing… They give you this formula to supposedly increase your chances of winning. In fact, they even have pretty much the same sales video.

This might make you wonder… Why is he re-branding his products and rereleasing them under different names?

The most likely answer is because is products have been getting a lot of negative attention due to the fact that THEY DON’T WORK.

So he repackages the product under a different name and sells it as some great new thing.

The initial cost when you buy in is $97, but there are up-sells.

I’m not sure exactly how much everything costs, but I do know there is at least one upsell that you will be pushed into for $125.

The big question is whether or not Richard Lustig actually believes in his method or not. If he does really believe in it, and truly believes that he is helping people win the lottery, then I would not see this as a scam.

HOWEVER, if he is aware that is method is a complete sham and knows that it will not work, then yes I would definitely consider this a scam because he would know that he is ripping people off.

Scam or not, it doesn’t really matter. The bottom line is that this does NOT work and is definitely NOT something I’m going to be recommending to my readers.

The only tips I can give you for the lottery is to select numbers higher than 31, because this will decrease chances (if you do win) that you have to share the money with others because so many people pick their birthdays. Or you could join some sort of lottery pool, but then again although that would increase your chances of winning you would have to share the pot.

So anyways… I hope you found this little review helpful.

Something else you might also be interested in, since you are looking for ways to make money, is how I went from $0 to over $6,000 a month working online for myself. This is something that is legitimate and beginner friendly, which is the reason I often recommend that to beginners looking to get started making money online.