My Survey Jobs is promoted as a way to earn easy money by taking paid surveys online, and a heck of a lot of it, but is it really? Can you really earn up to $500 per survey and $100 within two hours of joining? Or is My Survey Jobs just another stupid scam that is going to be a waste of your time?

If you are thinking about signing up for this site then you are definitely going to want to read my review here… I can guarantee that. Things are not as they appear… The opportunity that My Survey Jobs provides is not nearly as great as they tell you it is. Yes… You can make money taking paid surveys here, but not even close to as much as they lead you to believe.

In this review I’ll be going over the truth of the matter at hand and exposing My Survey Jobs for what it really is, which is a place you are definitely going to want to avoid.

My Survey Jobs claims to be the “Most popular place online to earn cash and rewards for sharing your thoughts”. That it is quite a bold statement to make and made me suspicious right off the bat because I had never heard of this survey site before and I know that other sites like Swagbucks and FusionCash are extremely popular.

Well… At least that is how legitimate paid survey sites work. But is My Survey Jobs really legitimate? The answer is NO and you will see why.

Another major red flag that I came across on the homepage was in the FAQ section where they claim that some surveys pay as much as $500 and most of them pay between $3 – $45. Now if this is not one of the most ridiculous claims I have ever heard then I don’t know what is. Up to $500 for a online survey!!?? Sign me up!

But seriously… I have tried and reviewed dozens upon dozens of different paid survey sites out there and none of them are even paying close to this much.

Another ridiculous part of this website is the fake income calculator or you can supposedly “calculate your potential earnings”. With this calculator you click on how many surveys you will be taking per day and how much cash you will earn per survey. It will then spit out some numbers for your weekly, monthly, and yearly income.

As you can see below, I selected that I will be taking 20 surveys per day and that I will be earning $75 per survey. With this amount entered I should be able to receive $547,500 per year. Over half $1 million just from taking paid surveys online? What a bunch of BS…

But anyways… Although I already knew this place was a scam, I decided to sign up to see what is really going on here.

My Experience After Signing Up

After signing up I was presented with a video that said I could make $100 right now. You can see a screenshot of this video below. This woman is actually a paid actress that is available for hire on the freelance marketplace called Fiverr. Not that it really matters or anything, but the name she gives you in the video is not real…

Not a big deal, just thought I’d point it out. 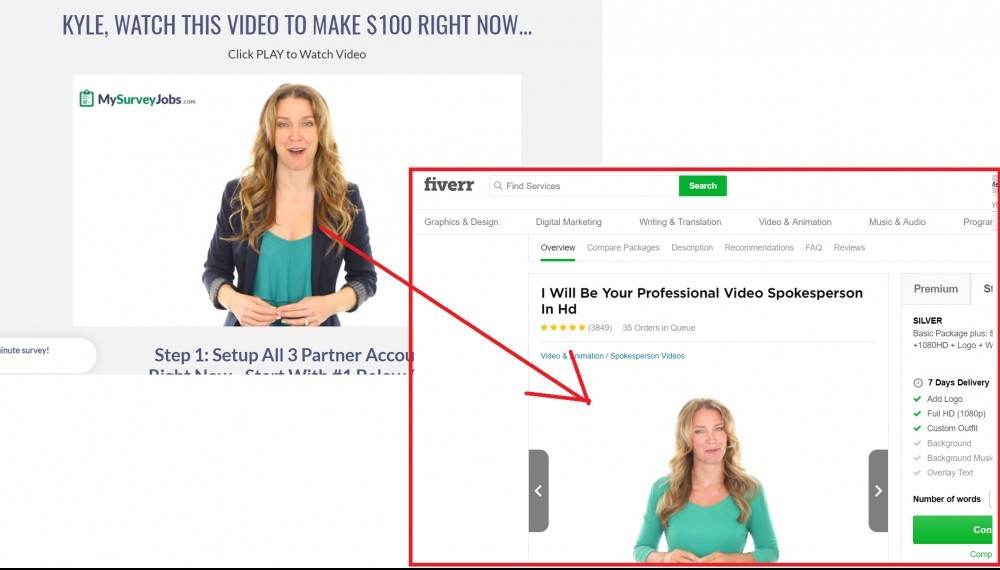 After watching the video presentation you are told that you need to set up three accounts in order to receive the highest paying surveys. The goal here is to make $100 in two hours or less, which is she claims is very possible as long as you sign up and create your accounts for the three survey providers given.

As you can imagine, this is a bunch of crap. The three survey providers that I was told to sign up for include…

These are all legitimate paid survey sites and our nothing special by any means. They are all your typical “run-of-the-mill” survey sites that generally pay between $0.50 and $2.00 per survey. You certainly are not going to be able to make $100 in two hours or less by signing up for these three sites.

Also, you should know that I tried to create accounts at all of these three places and my anti-malware software blocked me from doing so due to spam and likely malware on the sites as being directed to.

It didn’t seem to really matter though. After attempting to create my accounts, I was still able to continue to the next step.

After Creating Your 3 Free Accounts

The next step was to create an account with InboxDollars, which they told me that I had been selected to work for. They also said that this place only opens their doors two times per year and that I was lucky.

However, I am very familiar with InboxDollars and have even written a review on this place. What they tell you is nothing more than a lie… As usual

Inside The Members Area

Once you are done with all of that you are finally directed to the members area. Once there you are presented with a video that goes over why it is so important to do exactly as they say if you want to make tons of money taking surveys.

As expected, they lead you to believe that you will be able to earn thousands of dollars per week on these different survey sites which is yet another lie… 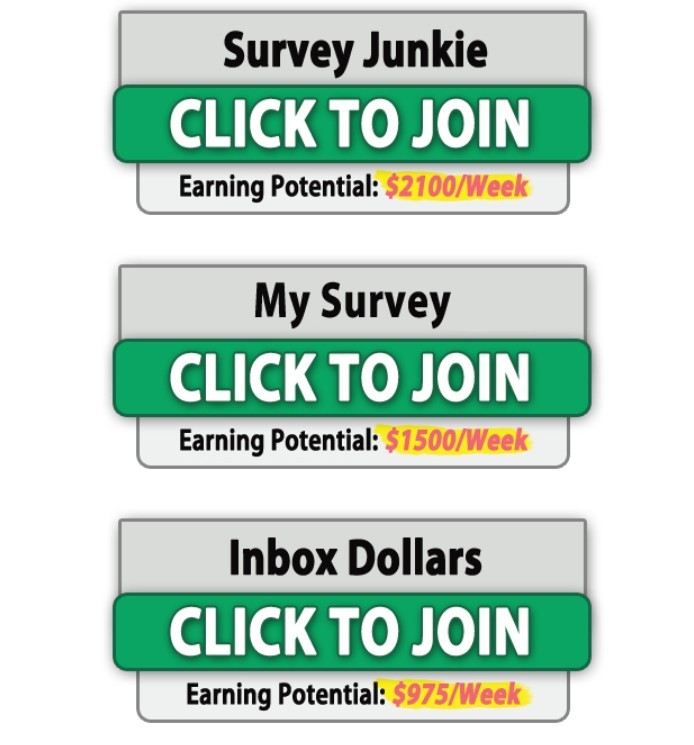 How Much Money Can You Make?

The cold hard truth here is that you will not make much of any money doing as they tell you to do. All of the different survey sites that they refer you to our legitimate, but our nothing special.

The same goes as I said before… You will generally make between $0.50 and $2 per survey and much of the time you will make on the lower side because you will be disqualified from many of the surveys that you attempt. That just comes with the territory and is one of the reasons why paid surveys are not worth the time for most people.

You will not make $100 in two hours or less; you will definitely not make $500 for a single survey; heck… You won’t even make $3 – $45 per survey, which they tell you is what you will make on average.

It is all a lie ladies and gentlemen. But what is the point? Why would someone create a site like this in the first place?

The creators of this My Survey Jobs website or making money by referring people to join these other paid survey websites.

Paid survey websites, most of them, have referral programs where you can actually make money by getting other people to join. It is usually a very small amount of money, but it can add up especially when you are suckering people in by telling them lies of being able to make hundreds of dollars taking paid surveys.

That is the entire point of this website. They make money by tricking people into signing up for all of these different paid survey sites. This is the same thing that Survey Money Machines does.

My Survey Jobs is obviously a scam and a complete waste of time. If you do actually want to make money taking paid surveys online then go right to the source. Don’t bother with this stupid My Survey Jobs website. Go right to the survey sites directly increase your accounts. Don’t let the scammers behind this website earn money off of you.

That said… Paid survey sites are only something I recommend for people looking to earn pocket change in their spare time. This sort of opportunity is not something that you can make reliable or significant income from by any means.

If you are looking for a better opportunity to make money in your spare time then I would highly suggest taking a look at how I do so. I actually make a living working online and it is something that you very well might be interested in. I’m not going to get into it all here, but you can click the button below to learn what exactly I do and I’ll explain the best way to get started if interested…