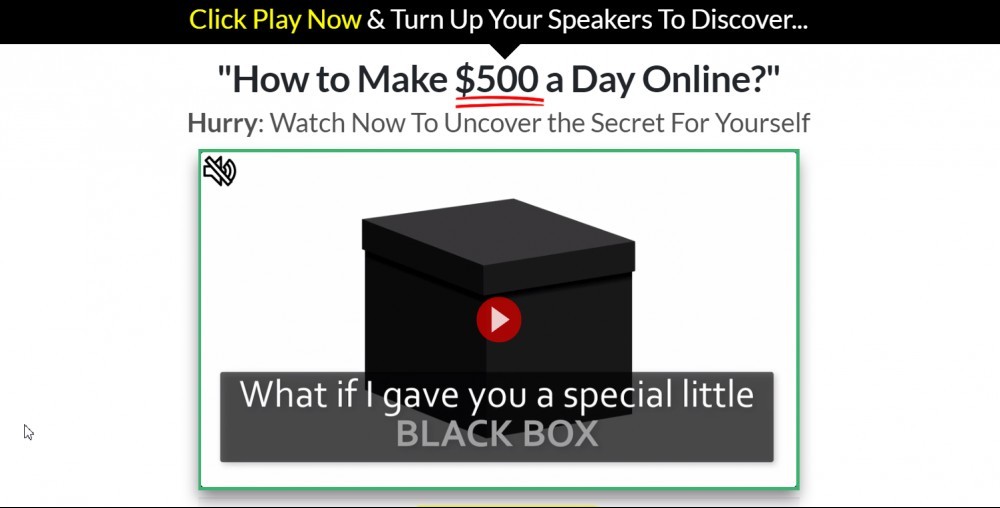 Point 2 Click Profits – Scam or Legit? [Not What They Tell You!]

Is Point 2 Click Profits really the amazingly simple opportunity to make thousands of dollars per day online like you are told?

Or is this all just one big scam?

You guessed it right–I know you are thinking it… It is indeed a SCAM and in this review I will be exposing it for being such.

You probably ended up getting an email about some new awesome opportunity to make money online, which provided a link that you collect leading you to the video presentation.

How do I know?

Well, because that is how it almost always works and I have exposed many scams in the past like this.

The spokesman for Point 2 Click Profits starts off the video presentation talking about some “black box” that has a special button, in which he claims you will receive a “crisp new $500 bill” every time you press it.

The good part about it–you can press this button as many times as you want, or at least this is what he says. 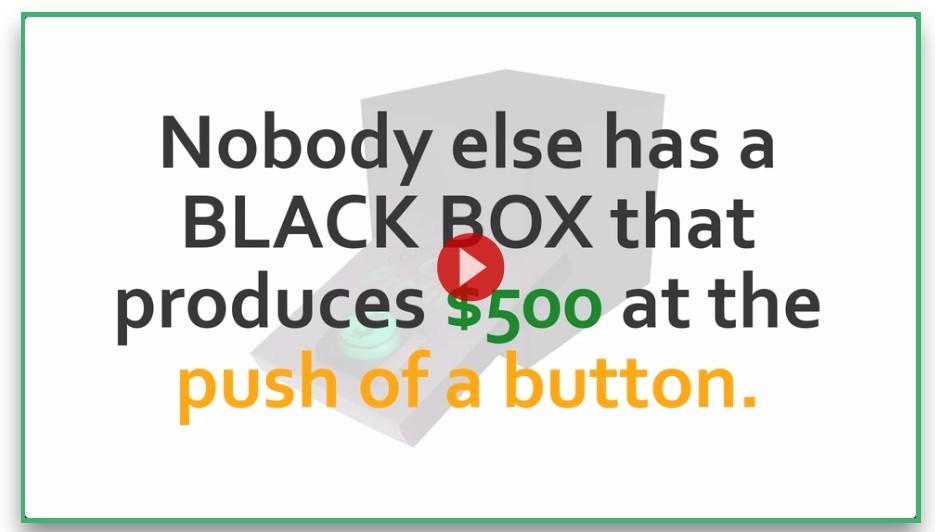 The video presentation consists of 2 videos. After the first one you are instructed to enter your name and email,–after which you are directed to the 2nd video.

The 2nd video starts out with the guy claiming that “the hardest part is over”.

All I did was entered my name and email address and you are telling me that that was the hardest part???

Ohhhh… Of course… “The system does everything”… 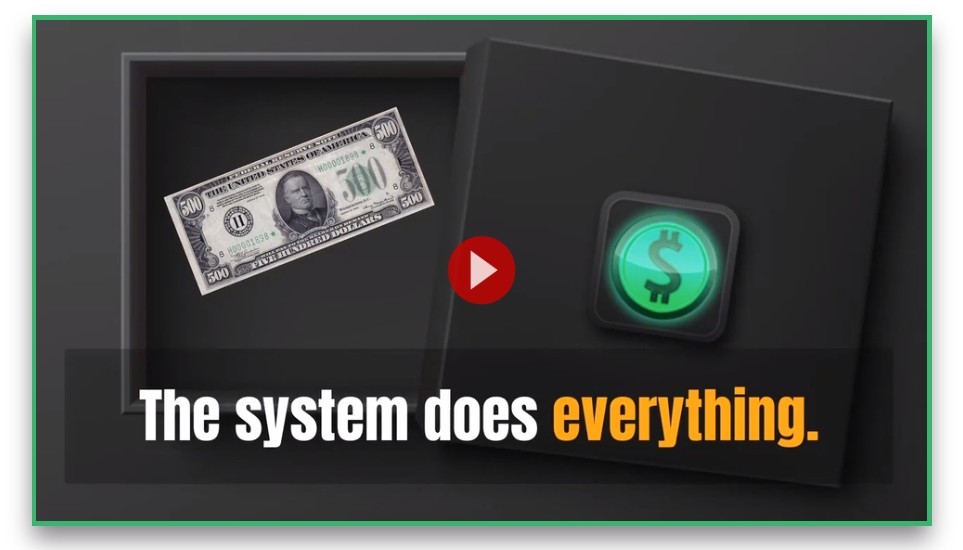 How Does This Virtual Black Box (Supposedly) Make You Money?

We are told that it “takes control of one of the most powerful forces in ecommerce”. It’s all about Amazon (the ecommerce giant) and it supposedly takes advantage of what he calls “The Amazon Effect”.

It somehow allows you to tap into this business and to siphon money from it, which people are supposedly making thousands of dollars a day with, such as this young woman that was shown in the video presentation who for some reason seemed very much like she was getting paid to act… 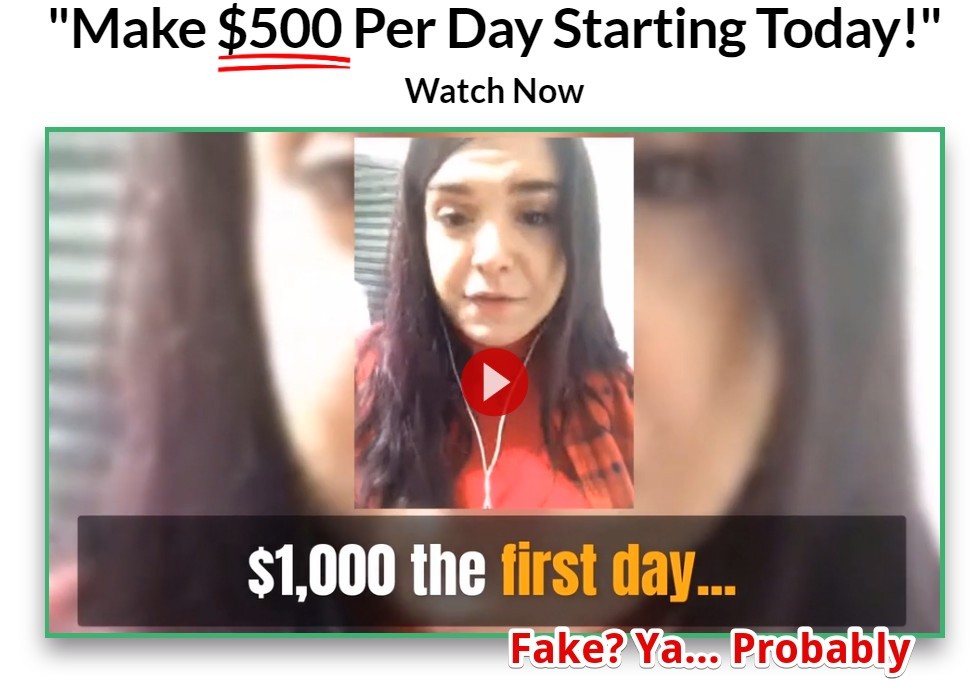 I’ve reviewed tons of scams online and the video testimonials they showed definitely were not very convincing. Anyone can easily hire paid actors on Fiverr to fake testimonial videos like this.

But anyways… The guy claims that they “have a backdoor into Amazon” and that this is a “stealth system” where you can “sneak in, completely unnoticed” and funnel money into your bank account.

Pretty complicated sounding, and to be honest it sounds illegal. But of course we are assured that this is not illegal.

The Checkout Process Is Sketchy

At this point I was already fairly certain that it was a scam, but decided to proceed further to the checkout area.

What I first noticed is that I had to “HURRY – ACT NOW!” Because the page was about to expire in around 5 minutes.

But of course this little bit of trickery did not fool me… I waited the timer out to see if anything was actually going to happen and, sure enough, nothing happened. The timer is a complete fake… Just a form of false scarcity to try to get people to buy in as fast as possible. 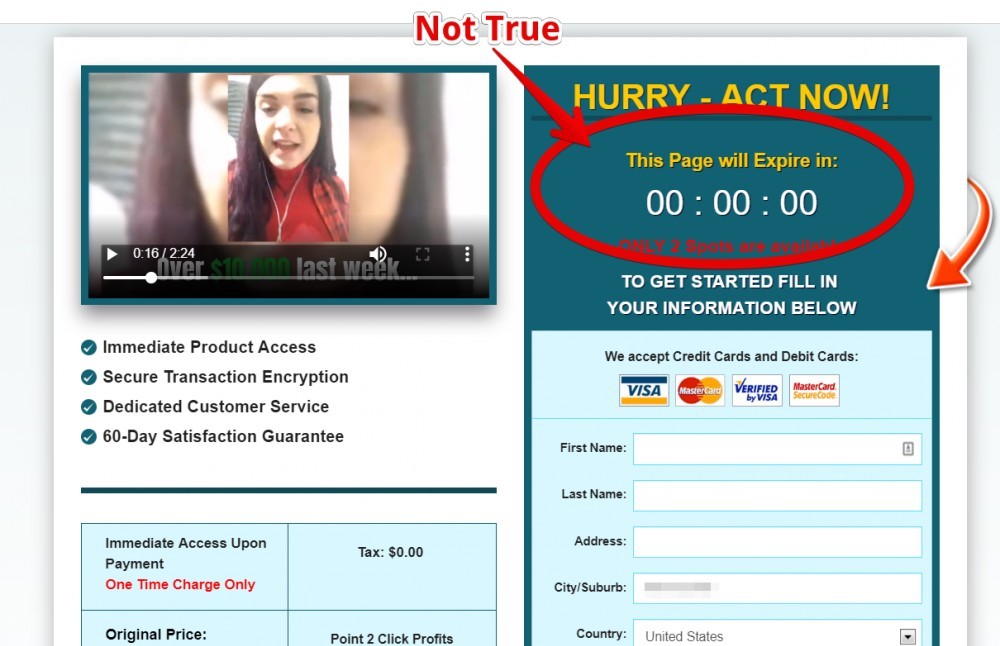 On the checkout page I also decided to take a look at the Terms and Conditions, which (not to my surprise) didn’t really make much sense at all.

The program is suppose to cost $47 but for some reason it was telling me that there would be a charge of $4.97 followed by a 3 day trial period, after which I would be charged $89.97.

Tons and Tons of Red Flags

As I’m sure you are well aware of, since you are reading my review now, there are lots of red flags that signal this to be a scam.

I could go on and on, but one of the biggest red flags is that this simply sounds way too good to be true and the spokesperson doesn’t explain anything on how it actually works.

So I’m just supposed to trust that I am not going to get scammed and buy into a program that supposedly can make me thousands of dollars at the click of a button? And I’m supposed to believe that it is somehow siphoning money from Amazon?

I’m supposed to believe all of this when I just came across and exposed some of their lies?

There are so many scams out there that take advantage of Amazon’s popularity. Some good examples of such that I’ve exposed include Amazon Cash Websites and Bulletproof Profits. This just seems like another.

There are a variety of legitimate ways to make money online with Amazon, none of which involve “siphoning” money through some “backdoor”. And if there was a way to do this and make thousands of dollars per day at the click of a button, a system that capitalizes on it would certainly NOT be getting sold for only $47.

It smells like a scam and it is a scam.

Full disclosure: I have not actually purchased this program, nor do I intend to. However, I have exposed countless scams online over the years and this is pretty much your typical “get-rich-quick” scam in every way.

That said, I’m obviously not going to be recommending any of my readers to buy into it.

If you are looking for a legitimate way to make money online, that is actually proven to work, I would highly suggest you take a look at how I make a living online here. I’ll go over exactly what I do, how it all works and how you can get started doing the same.

Note: This isn’t as simple as clicking a button. Nothing is that is actually worth doing.