If you came across Mark Hughes’ Profit Wizard Pro software and are considering signing up to use it then please read this first. The truth is that things aren’t as they may seem. Profit Wizard Pro claims to be able to make you $1,000’s per day but this isn’t going to happen.

Why am I saying this? Is Profit Wizard Pro a scam software or something? The answer is yes… it is. In this review I’ll be going over why this is a scam and why you need to avoid it.

The Profit Wizard Pro is a trading software that was created by a man named “Mark Hughes”. He claims that it is based on his own scientific algorithm and it can make insanely accurate market predictions so that you can trade and win every time.

The software itself tells you what to buy and when to buy… all you do is click a button and that’s it.

Right off the bat there are a lot of signs that this could be a scam. Scams often lure people in with the hopes and dreams of making super easy money online…. and lots of it.

This place claims that all you have to do is click a button. Just think about it, what could be easier? And they claim it will make you $1000 per day minimum… are you kidding me? How can they possibly predict the market that well that they can say it will never earn you less than this?

And of course the entire thing is “free”… all warning signs and very common with scams like this.

There are also a few other major scam signs that I want to go over before I get into how this software actually works….

On the promo page for the Profit Wizard Pro software they claim that they have been featured in the media in popular places such as Forbes, CNN Money, Business Insider and TechCrunch…

However this is nothing more than a bunch of lies and its easy to prove. If you go to any of these sites.. such as Forbes.com and search for “Profit Wizard Pro” you will not find a single result related to this.

The reason they are lying to you about being featured in the media is to try to gain credibility. They want you to think that they were because this makes them seem more popular, trustworthy, legitimate, credible, etc.

However since I’m telling you this is all a lie you now know that they are not trustworthy at all.

I’ve reviewed quite a few similar trading bot softwares like this that have turned out to be scams so I had a feeling that the creator, Mark Hughes, was a fake. This is how many scams operate…. they make up fake names and put fake images up to keep their real identities hidden.

This pretty much always means that the places doing this are scams. Just think about it… why would the person(s) want their identities hidden if this software really did work and make people thousands of dollars per day? That would be a great thing.

But anyway…. this guys is fake. I ran a reverse Google image search for his picture and found it being used on numerous other sites, one of which you can see below… 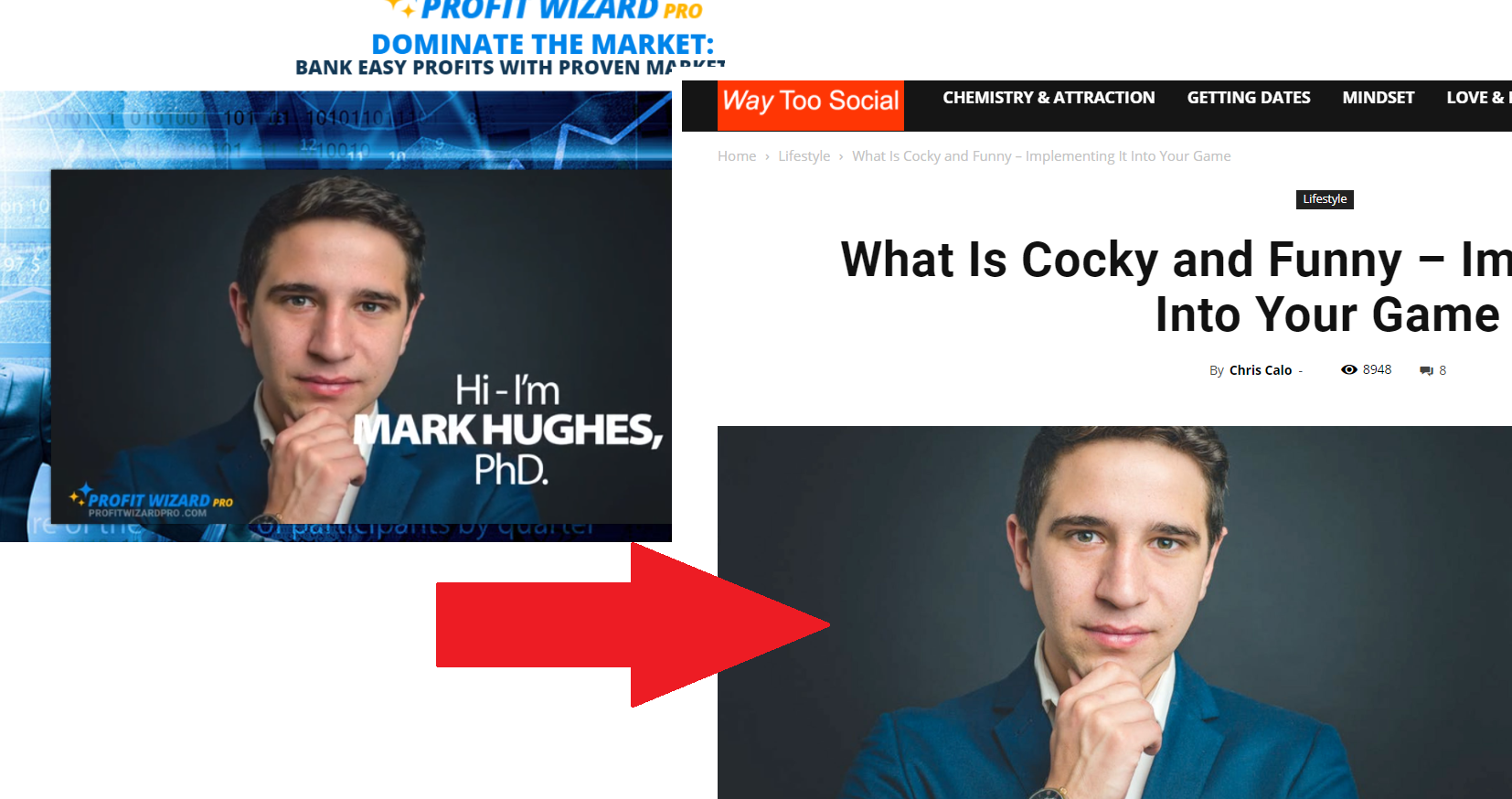 The reason this image is being used all over the internet is because it is a stock image that anyone can buy online and use as they wish.

Yup… even the testimonials are fake with this. The people in the video claiming that they are making all kinds of money with this software are only doing so because they are getting paid to do so. They haven’t actually used the software and nothing they say is true. These people are actors/actresses so I have nothing against them by the way.

Here is one woman that was in the promo video. I looked her up and found her on Fiverr, which is were people can hire people to do these things… 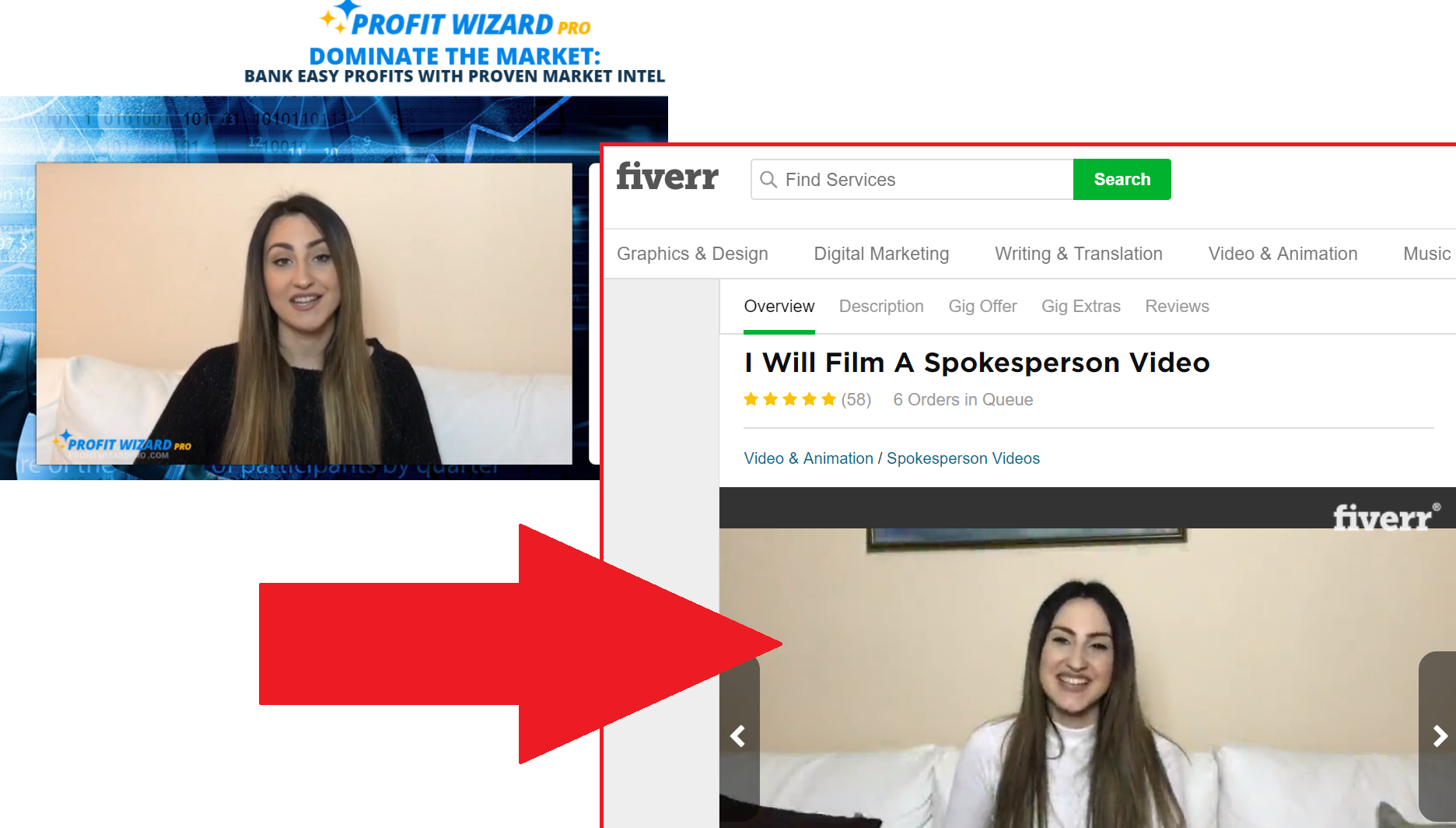 Just as I was expecting… they really don’t give you any information on this.

All “Mark Hughes” tells you is that he is a trained and certified predictive analyst who specialized in “machine learning” and developed a scientific algorithm that can accurately predict future market prices.

This algorithm that he created has not been implemented into a software that does everything for you. It tells you when to buy and what to buy.. .all you do is click a button.

This is all they tell you so there is nothing to really look into to see if its legit. But based on all the other lies told and the fact that just about every scam trading software out there tells you this same BS, we can assume that its just another made up lie.

How They Steal Your Money

The software is free to use right? This is what they all tell you. And the truth is… it is free to use. But they still are going to steal your money.

They steal your money because of course you are going to have to invest money initially to be able to trade with. They will refer you to a completely unregulated and untrustworthy broker. Once you deposit the money you will never see it again. The software might make it appear that you are making money but when you go to withdrawal it you will be in for a rude surprise.

As far as I can see this is your typical trading software scam. I have reviewed dozens of similar scams over the years and they are generally all the same with little difference. Most of the trading scams coming out lately are cryptocurrency ones like Bitcoin Bonanza, Bit Bubble Tech, and CryptoRobo.

There is nothing about Profit Wizard Pro that seems legit. When I look into potential scams like this I go in with the mindset that its a scam until proven otherwise. So I look for signs of legitimacy. In this case there is absolutely nothing that seems legit. Everything I see points to it being the scam I suspected it was. And judging by how you did a little extra research and are reading my review I’m guessing you were thinking the same thing.

Anyways, try it if you want but I definitely do NOT recommend doing so.

Also, before you leave you might want to take a look at how I make a living working online. I wrote a short guide you can Read Here where I go over what I do, how it works, and how others can get started. It has nothing to do with automated trading but I figure since you are looking to make money online it is something you would be interested in.

Questions or comments? Leave them below and I’ll get back to you soon ?