The Silk Road Effect is supposedly “the quickest way to make $1800 every day” online, but of course that is a bunch of BS. No… This is definitely not the quickest way… It is actually a big old SCAM, as I’m sure you are pretty well aware of already.

When it comes to “make money online” systems/programs like this, you always have to be really careful with what you get involved in.

There is certainly no shortage of online scams out there claiming that you can strike it rich with their “done for you”, “autopilot”, “secret system”.

I actually review scams nearly every day on my site here and that sometimes it is difficult just to keep up with all of them. It’s almost like every day is a new scam or two. I actually just exposed The Ecom Freedom Blueprint and Profit 365 recently.. two other scammy programs.

But anyways… Yes, The Silk Road Effect pretty much is a scam in my opinion and you will see why I am saying this in my quick review here.

Well… Because that is how most of the scammy systems are promoted.

Then there was probably a link in the email that you clicked and were redirected to the incredibly scammy sales video.

The guy tells you that you can become a millionaire in 12 months by using “ancient secrets” and then talks about being able to buy an item for $5 and sell it for $100, which would be a darn nice profit.

Now as I’ve said, I’ve reviewed a heck of a lot of scams online. However, I will say that I don’t think I have ever reviewed a scam promoted in this sort of manner. I’ve never heard of some sort of “ancient secret” to becoming a millionaire.

But I guess I have heard a lot of crazy things over the years so this is nothing too surprising.

And of course, as they all say, this “will be the most important video you have ever watched”… 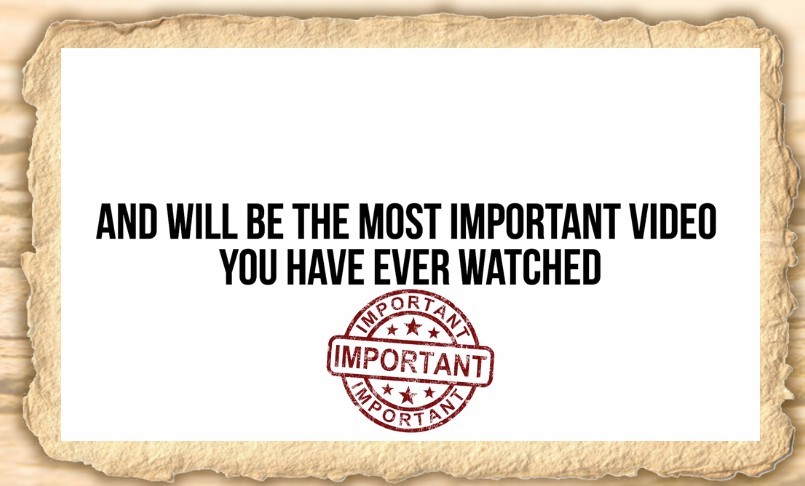 Apparently this video contains “highly sensitive information” that “has been held back from you for centuries by the western world”. And you are not supposed to know this.

But… That is all just a bunch of BS.

The spokesperson is just trying to make this opportunity seem better than it really is and trying to act like you stumbled upon the holy Grail.

The creator of the system, who I don’t think ever mentions his name but I found it to be Steven Jenkins as you can see on the screenshot he shows below, claims to have generated over $1.3 million in the last 12 months using this system… 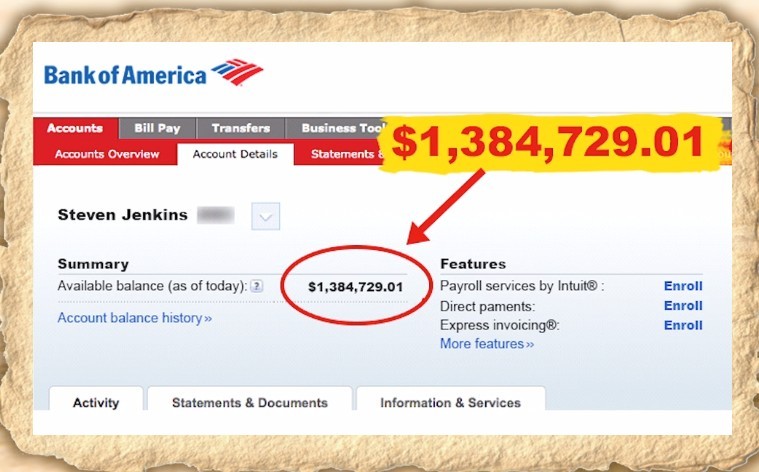 One thing they should definitely know is that a bank account screenshot like this proves absolutely nothing. It can be easily photoshopped and I for one definitely did not trust what he is showing.

How You Are Supposedly Going to Strike It Rich

This “ancient secret” is all about what is called drop shipping.

This is when you sell items online through your own e-commerce store but never actually hold any inventory or deal with the products directly. Basically how it works is you set up a e-commerce store with a bunch of products and when people come to your store and purchased the products, you then go directly to the manufacturer and purchase them, having them sent directly to the customer.

All of this is done online.

Belive it or not… Although it might seem that everything that comes out of the spokesperson’s mouth is a bunch of BS, this is actually a legitimate business model. In fact, I had my own e-commerce store and was drop shipping for around 2 years at one point.

HOWEVER… As you can imagine… This is NOT nearly as easy as he leads you to believe it is.

If it was then I would still be doing it and I would have all my friends and family doing the same, making boatloads of money.

$17 Is Just The Beginning

This “The Silk Road Effect” system is being sold on the ClickBank marketplace.

Clickbank is well known to have a lot of very scammy products listed, and what is also known for is upsells.

Sure enough, after you purchase the system for $17, you are then pushed into an upsell that you are going to “need”.

This is a load of crap because when you originally buy into this you think that you are getting all you need. But that isn’t true and they do not tell you this.

This is all very scammy and not the type of system I would really want to trust.

Do you consider systems that are promoted in extremely misleading ways to be scams? If so, then yes this is a scam. However, whether or not it is depends on what your definition of a scam is.

When you buy into this you do get training on setting up an e-commerce store and drop shipping. So you do get some value for the money you pay. However, it is just nothing like you are led to believe in the first place and will just be something that you are highly disappointed in.

There is absolutely no way that I’m going to be recommending this system to my readers.

Not only do I think it is going to be largely a waste of time, and likely just lead you down the wrong path having you waste your effort on something that isn’t going to work out well, but there are also other reasons why this sort of online business model might not be the best way for beginners to get started.

Doing e-commerce via drop shipping can be profitable and is a legitimate business model, as I said, but it also can be fairly risky due to the fact that you’re going to have to run paid advertisements, which include things like Facebook ads, Bing ads, etc. This can get expensive.

If you are just a beginner looking to for a legitimate way to make money online then I highly suggest that you take a look at how I went from $0 to over $6000 a month doing so. What I do is beginner friendly and all in all is a great way for beginners to get started.

Comments or questions? Leave them below and I’ll get back to you 🙂